The Story Behind Scripture Lullabies 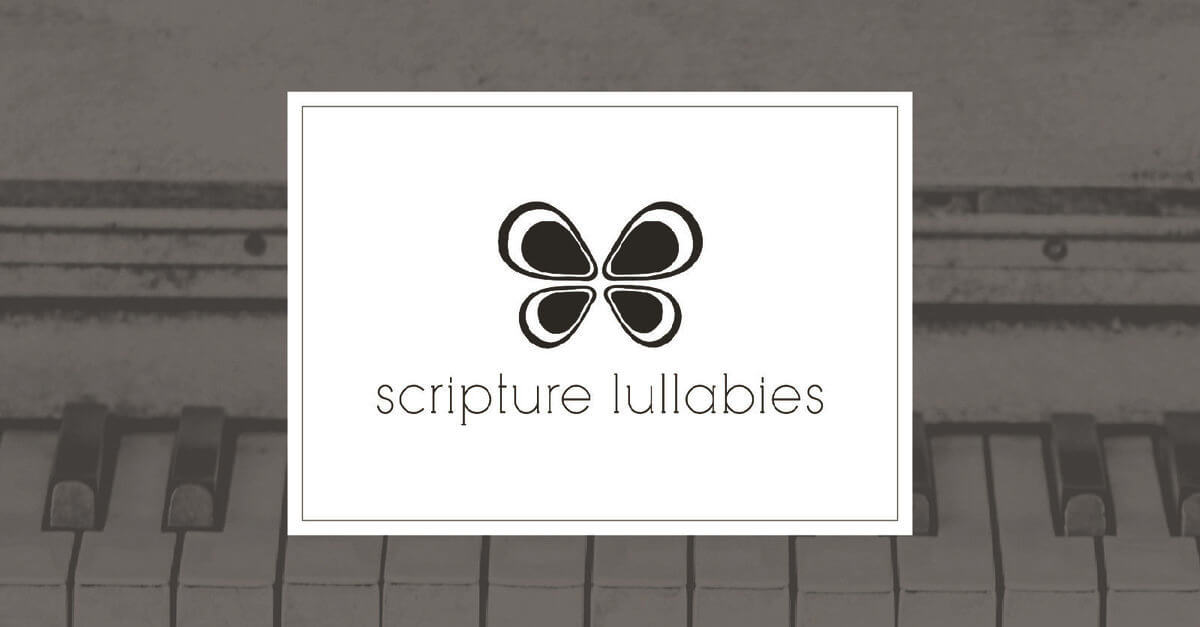 Daily, we hear the headlines of war around the world and political turmoil, which only amplifies the challenges we face in our jobs and daily family life. For many of us, this produces a great sense of anxiety. But God’s Word has a way of stirring our hearts to sing His praise, even when we seem to be surrounded by chaos in the world.

One of the ways I’ve seen relief from anxiety and stress is through music. Recently on the program we met a music producer who at first wanted to help his children escape nightmares and get a better night’s sleep. His name is Jay Stoker and he produced the lullaby series Hidden in My Heart: A Lullaby Journey Through Scripture.

In the interview below, he talks about how the Lord gave him the idea for this unique approach to music and how it’s brought peace to anyone from infancy to old age through cinematic sounds and lyrics that are totally based on God’s Word.

RELATED: You can listen to my full interview with Jay Stocker in part one of our series called Time Out With Jesus.

CM: Jay, we’ve been listening to your cinematic lullabies and they’re pretty unique. You want to tell us how you came up with this idea?

JS: Yeah, I wanted to come up with something like lullabies. Doing kid’s music for Group Publishing, I had already been doing that and sort of the natural progression was thinking about what I could do on my own. So I was already thinking about lullabies and one night I just woke up and thought of “Scripture Lullabies,” which actually seems like a very obvious thing that somebody should have thought of before me. So I got up out of bed and went to the computer and, to my amazement, found out nobody had ever done it before. Nobody had ever combined Scripture with lullabies. So that’s kind of how it came to be.

CM: I’ve heard people describe what you produced as something sounding more like a movie score than a nursery rhyme song. But you were really doing this for younger children at the beginning weren’t you?

JS: Yeah, I was. And as volume one progressed, it really took on what God wanted it to be, which was much bigger than what I initially had in my heart. As we went and as the songs were written, it sort of evolved into this bigger thing that included an orchestra. And so it really began to sound more like your favorite movie score. A big sound but yet a very gentle sound. We like to say, “Allow God to minister to you in a uniquely gentle way with Scripture lullabies,” because the sound is so peaceful and so powerful at the same time.

CM: I want people to hear a little bit. Pick a song for us.

JS: Let’s listen to “Be Still.” It’s the very first song on the album, and it’s sort of become our signature song. It’s a great one to listen to.

CM: And this is coming out of Scripture—you’re not writing totally original lyrics—this comes from a verse in the Bible: “Be still and know that I am the Lord,” right?

JS: Exactly. And that particular song comes from two Scriptures. Psalm 46:10 and Psalm 37:7, which is “Rest in the Lord and wait patiently for Him.” All of the Scriptures are taken from Scripture. Some verbatim, some not, some we add context to. But they all come from Scripture, which is why I believe they are so popular.

CM: Jay, I see what you mean. Combining two peaces of Scripture and even the other words added in there are fitting in with the texts you chose. What were you doing musically in this? Can you explain a little bit about that? You added lots and instruments and other elements.

JS: Yeah, I believe a song should always tell a story and almost have an arc to it. Each of these songs, they really do accomplish that. I’ve really tried to tell that story that gets to people’s hearts. People these days don’t have the time to get into the Word as much as they’d like to because of all of the pressures and stresses of life. And that’s why I believe this is so powerful. This offers a reprieve from all that we have going on in our lives that’s so stressful and brings all the noise. And so this music brings it down and lets God’s Word start to envelope you and take root in your heart.

CM: This has turned out to be a cross generational project, even though you you meant it to be for small children. Hasn’t your youngest has been listening to it every night and she’s almost grown?

JS: That’s right. Our youngest is 17-years-old. We have three kids: 17, 19 and almost 21. The first album came out nine years ago, and so they’ve all grown up on this. But the surprising thing is that our teenage daughter especially listens to this music when going through a difficult time. She puts the music on and she’ll listen to all three volumes—it still ministers to her. And you really are hitting on the point that surprised us the most. We have senior citizens buying them for all their friends who are going through a difficult time with illness, or they themselves are going through a hard time or difficulty. And that’s what’s surprised us the most.

CM: We need to hear one of your other songs. What’s on this album that we can listen to right now coming out of Scripture that will help feed me and soothe my soul no matter how old I am or how young I am?

CM: Jay do you mind sharing with us an account from somebody who the Lord has used your project to minister to?

JS: Absolutely. This is Rebecca in Arkadelphia, Arkansas, and her words really encapsulate what Scripture Lullabies is and what it’s done for folks. She had been struggling with depression—great depression—and here is what she said.

“I no longer laughed, but I cried every single night. I’m talking gut-wrenching, hate-myself tears. I worried about everything. My wonderful husband could do nothing for me … nothing worked. Somehow, I heard about Scripture Lullabies and purchased a copy to give to my church, but I wanted to listen to it first. It was then that I knew the CD was more than lullaby music. Each night I would put the CD in a little player beside my bed and turn it on to song one, “Be still and know that I am God,” and let it play all the way to twelve. For the first week or so, I would cry and listen all the way through and start listening to it again some more. By the second week, I was falling asleep mid-CD. If I woke up in the night, it would be on song number 12 and I’d start it over again. Within less than a month, I would not get through the first song without falling asleep. I mean peaceful, restful sleep. I believe with all my heart that God’s Word through this music healed me. You can ask my husband and he will verify that for me. He lived through the depression with me and he lived through the healing with me, as well.”

CM: That’s precious. And Jay, we should mention that the music you’re producing is not some New Age hypnosis. You’re just taking the Bible and putting it to music …

CM: … in a style that’s going to reach people, it turns out, of all ages. And God is blessing that.

JS: I believe it’s a combination of God’s Word. That’s really the key piece. But then also, the sound that we’ve given with the instruments and the orchestra. I believe that the way those things are married together and the way they tell the story of Scripture. That’s what’s so powerful and so unique. It’s almost a genre to itself because it’s so different from what you hear on the radio these days.

CM: Well, let me ask you a question that I ask many people on our program. What does Jesus mean to you?

Earlier in the program, Jay and I spoke about how parents and grandparents were using this new album with children in their lives. Helping children sleep soundly, free from nightmares, encouraging them to trust in God alone. But this music is also having an effect on every age. In fact, the first time I heard about Jay Stocker’s music was in a meeting here at Haven when two of the millennials on our team shared how these songs had made an impact on them.

No matter your age, I know these scripture based songs set to cinematic music will bring needed peace to your life. I want to get you a copy of this CD today as a thank you for your gift to this listener supported ministry. No matter how you use it, the songs on Hidden in my Heart will bring you peace and encourage you to trust in Jesus. 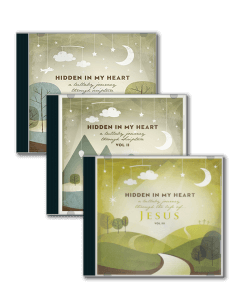 What began a small project intended for little ones has grown into something much bigger. Scripture Lullabies is now a family favorite to hundreds of thousands. It’s the most peaceful music on the planet – a journey through deeply moving passages of God’s Word set to beautiful, cinematic music. It’s having a profound effect on listeners of ALL ages and makes the perfect baby shower gift or a thoughtful blessing to someone going through a difficult time. Click here to just get volume 3.