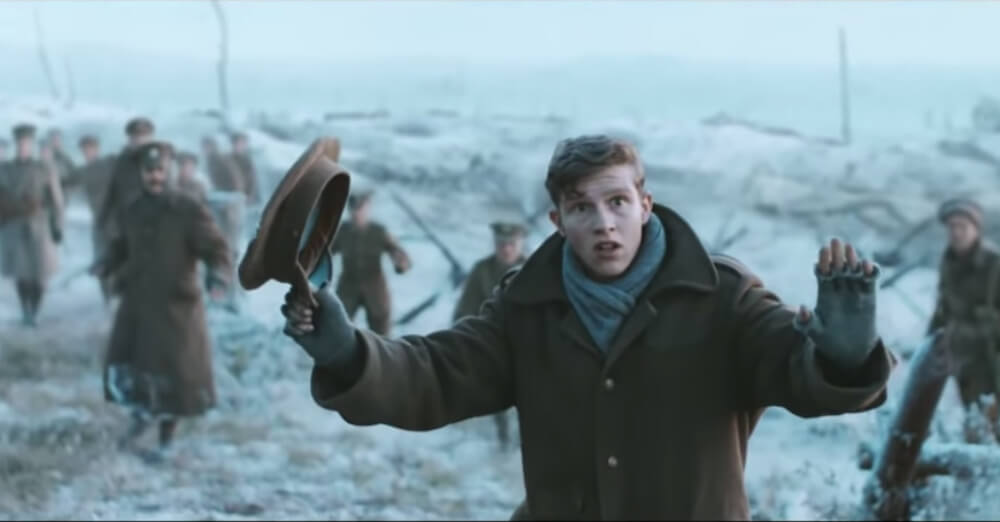 Lieutenant Charles Brewer never imagined that he’d spend his Christmas in 1914 nearly knee deep in mud and praying that the Germans wouldn’t overtake him and his battalion from Great Britain. But there he was. Five months of trench warfare. One million lives lost. No end in sight.

Winter in Europe is brutal. Bitter cold, perpetual darkness, and rain. Soldiers struggled to stay warm and alert as they sat in flooded trenches, covered in mud, and shivering from the harsh weather. But on Christmas Eve, 1914, the rain stopped. The clouds cleared, and the British soldiers were treated to a moonlit evening as they kept watch for the German army on the other side of the battle field.

Charles Brewer was nineteen. This was his first time away from home. As he looked across the way, he saw something glistening in the moonlight. He wasn’t quite sure, but he thought it was a German weapon. “This is it,” he thought. “Another round of gun fighting. Another wave of anxiety and adrenaline. Another episode of praying to be spared.”

Lieutenant Brewer didn’t recognize the German lyrics, but the tune was unmistakable. The German soldiers were celebrating Christmas with their favorite Christmas song. Instead of shots firing and animosity filling the air, it was a celebration of God’s entrance into the world.

The British soldiers were compelled to respond, not with grenades and more fighting, but with English lyrics. They kept singing back and forth until the song was finished.

As dawn began to break, unarmed soldiers from the German and British side all along the 500-mile-long Western Front began leaving the trenches and approaching the other side. What just hours before was considered no man’s land now became little pockets of Christmas parties, handshakes, hugs, and well-wishes.

Charles Brewer thought Christmas in 1914 would be nothing but fear, death, and war, but Charles Brewer spent his Christmas morning singing, exchanging gifts, and enjoying the company of those around him. It was a small reprieve from the agonies of war. And it was all started by a simple Christmas Carol.

A century after the Christmas Truce, Sainsbury’s, a grocery store chain, partnered with the Royal British Legion to reenact this historic event.

It’s a beautiful picture of the gospel isn’t it? Life apart from the Lord is brutal. We’re trapped in our trench warfare, always on the lookout for the next problem, the next moment of suffering, never having rest. The Apostle Paul describes it like this: “At one time we too were foolish, disobedient, deceived and enslaved by all kinds of passions and pleasures. We lived in malice and envy, being hated and hating one another.” (Titus 3:3)

So this Christmas, put down your own weapons. Yours may not be bayonets, rifles, and grenades, but they might be judgmental glances, sharp words of disappointment, or gossip. Instead, put on faith in Christ this Christmas and approach others with the song of the Gospel in your heart. Use this season to praise the Lord for his grace and invite others to join in. Only the gospel can truly bring us together. All because of Jesus. 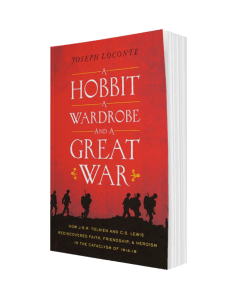 A HOBBIT, A WARDROBE, AND A GREAT WAR