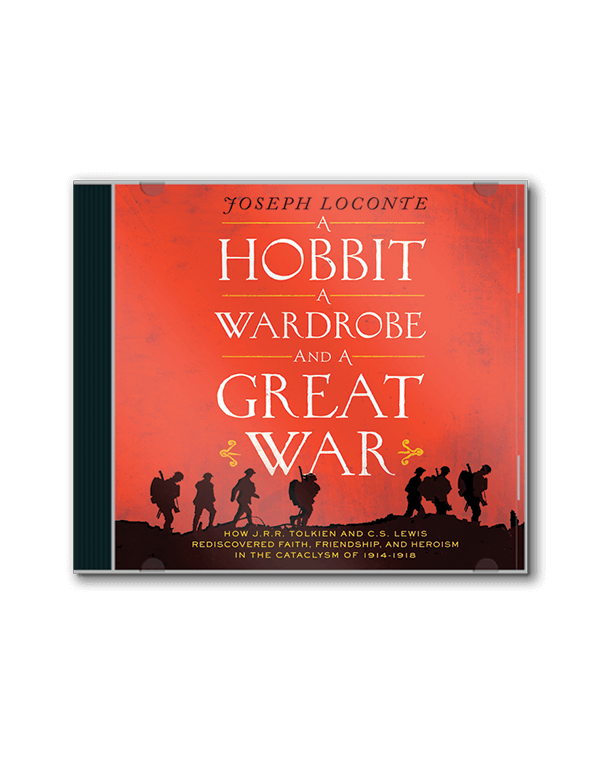 A Hobbit, a Wardrobe, and a Great War (Audiobook)

For a generation of men and women, First World War brought the end of innocence—and the end of faith.

Unlike a generation of young writers who lost faith in the God of the Bible, Tolkien and Lewis produced epic stories infused with the themes of guilt and grace, sorrow and consolation. Giving an unabashedly Christian vision of hope in a world tortured by doubt and disillusionment, the two writers created works that changed the course of literature and shaped the faith of millions.

Exhaustively researched by author Joseph Loconte, this is the first book to explore their work in light of the spiritual crisis sparked by the conflict.