Randall Goodgame on How Kids Learn the Bible 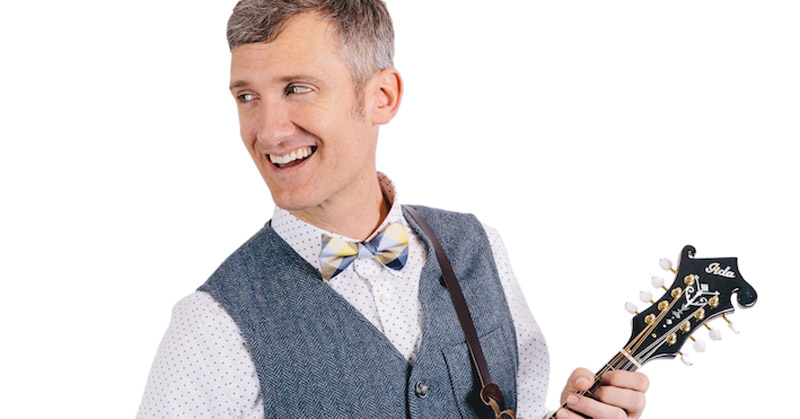 Did you know that within two years of graduation, 60% of high school grads will stop attending church?
It’s hard for me to imagine my grandkids entering adulthood, but when they do my fervent prayer is that they will not be part of this statistic, but will cling to their faith in Jesus! And I’m sure you are praying the same thing for the children in your life.

So what can you do for them now to help them carry their faith into adulthood? Last February, I sat down with singer-songwriter Randall Goodgame to talk about how kids not only learn Scripture but also begin to love Scripture through music.

Here’s what he had to say …

CM: How in the world did you get started trying to reach kids with Scripture. Is that important? Does that make a difference?

RG: Well, I’ve been writing songs for kids for a while with Slugs and Bugs—

CM: And you also wrote for VeggieTales …

RG: Yes, I wrote for VeggieTales first, that’s right. In fact, that’s kind of how I got started doing this; I got the bug!
I began to realize what kind of influence you could have on families through music. When I would travel from town to town, parents would tell me, “We memorized every word to the songs on your Slugs and Bugs CDs.” It occurred to me that if kids were going to memorize every word I sang, then wouldn’t it be great if they were memorizing God’s Word?

On the other side, when my kids were homeschooling for a year or two, I was in charge of teaching them the Bible.

When I would try to get them to memorize Scripture, they would do a good job, but then they would just forget it.

Three weeks later, I would say, “Hey, who remembers the verse from three weeks ago?” And no one would remember. So then it occurred to me that if I could put these verses to music, it might help them. And it did; music made it stick.

CM: Kind of natural for a musician to think that, right, Randall?

CM: You’ve got a new album out, Sing the Bible Volume II, and you have some pretty serious Scriptures in there, don’t you? 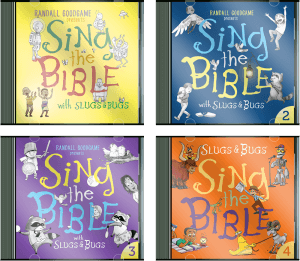 RG: I have. A lot of them came from requests from parents. When I would ask, “What verses would you like your kids to learn?” They would respond. I started to notice a theme developing as different verses came together, and there were two types of verses that kept popping up.
Some verses were addressing how we act as people who are being transformed by the Holy Spirit, how that changes us, and how we behave in the world. A lot of those verses were like “Do nothing out of selfish ambition or vain conceit, rather in humility value others above yourselves.” Or “Do not worry about your life, but seek first the Kingdom and His righteousness.” Or the Ten Commandments, “Do not lie, do not steal, do not covet.”

And then the other kinds of verses were just bedrock faith principles. “By faith you have been saved,” “not by works, so that no one can boast,” or “Do you not know, have you not heard the Lord is the everlasting God.” Lots of verses that rest as the foundation for our faith. So, in a way, the new record is kind of a handbook for the Christian home where you can play it, and it reminds you who you are and how to act in the world.

CM: Randall, this is something where you are doing more than just trying to teach kids Scripture, aren’t you?

RG: Well, I want them to learn the words clearly and I want them to remember the Scriptures for their future. But in the present, I’m hoping it transforms the way they see themselves and the way the family operates.

CM: Someone sent you an email recently where the kid said something interesting to his mom. Tell me about that again.

RG: That’s such a crazy story! I got an email from a mom who was driving in the car listening to our song “Stars,” which is word-for-word from Philippians 2:3. The verse says, “Do everything without grumbling and arguing.” It’s a real fun, happy tune. The kid says to his mom, “Hey, Mom. If you play this song for me when you want me to clean my room, I won’t complain.” And she emailed me about it that night just flabbergasted.

CM: And he didn’t complain?

RG: Yeah! It was his idea! They were having so much fun in the car listening to the verse, and you know how the Word doesn’t return void. He, on his own, was basically saying, “Mom. If you play this for me later, I’m going to remember that this is how I want to act.” And, man, if I didn’t just love hearing that. That’s what I hope for. That’s the impact I hope for this music to have on families.

CM: I was just listening to your song Masterpiece. It’s based on Ephesians 2 and it’s really the highlight of all Scripture featuring grace and the gospel and Christ alone and salvation. I mean, there is a lot of doctrine stuffed into those three verses.

RG: There is, you’re so right. I had one mom telling me that her nanny, who is not a believer, came in from driving their kids around and her four-year-old girl was singing, “We are God’s Masterpiece …” and this non-believer nanny came in after driving the kid around that day and said with tears in her eyes that it was so sweet hearing her kid sing we are God’s masterpiece. So, there’s some real powerful stuff happening in that verse.

For it is by grace you have been saved, through faith, and this is not from yourselves, it is the gift of God. Not by works, so that no one can boast, for we are God’s masterpiece. He has created us anew in Christ Jesus so we can do the good things he planned for us long ago. – Ephesians 2:8-10

CM: Randall, you have spent more time than any songwriter I think I’ve met thinking how to get Scripture into the hearts of kids. The average kid may not understand this concept of grace, I don’t think we adults always understand grace, and yet we know we need it somehow, don’t we?

RG: Yeah, I had one parent comment on the song “Have you not heard,” from Isaiah 40:28. She noticed the word “weary” is in that passage quite a bit and said, “Do you think a kid is going to understand what weary is?” And my response now is, maybe not. But how much of Scripture do you think we adults understand. After years of having it wash over us … I can read a passage and then ten years later get something new from it, hearing it again and again. So, I think there is no time too early to wash your children in the Word.

CM: It’s interesting how we adults think that the Lord uses verses to lead us to faith, but that’s also the same for kids, isn’t it?

RG: It is. You know, a lot of times parents think of kids as being sort of incomplete people, that they don’t quite get the world. And it’s true they don’t understand things the way we do, but they feel emotions just as deeply. They feel guilt just as deeply. They worry, and their worry is real for them. And you know what, Scripture verses can have a profound impact on their spirits, just as it can on us.

All 4 Sing the Bible CDs in one set!

Slugs & Bugs has applied its unique blend of sincerity and silliness to brand-new songs filled with lyrics straight from Scripture.

The captivating melodies will have you and your kids memorizing Bible verses without even realizing it. Features special appearances by the African Children’s Choir, author Sally Lloyd-Jones, and a host of Nashville’s finest musicians. Below are a few selections from all four albums.