Jeremy Camp: The Story Behind “I Still Believe” 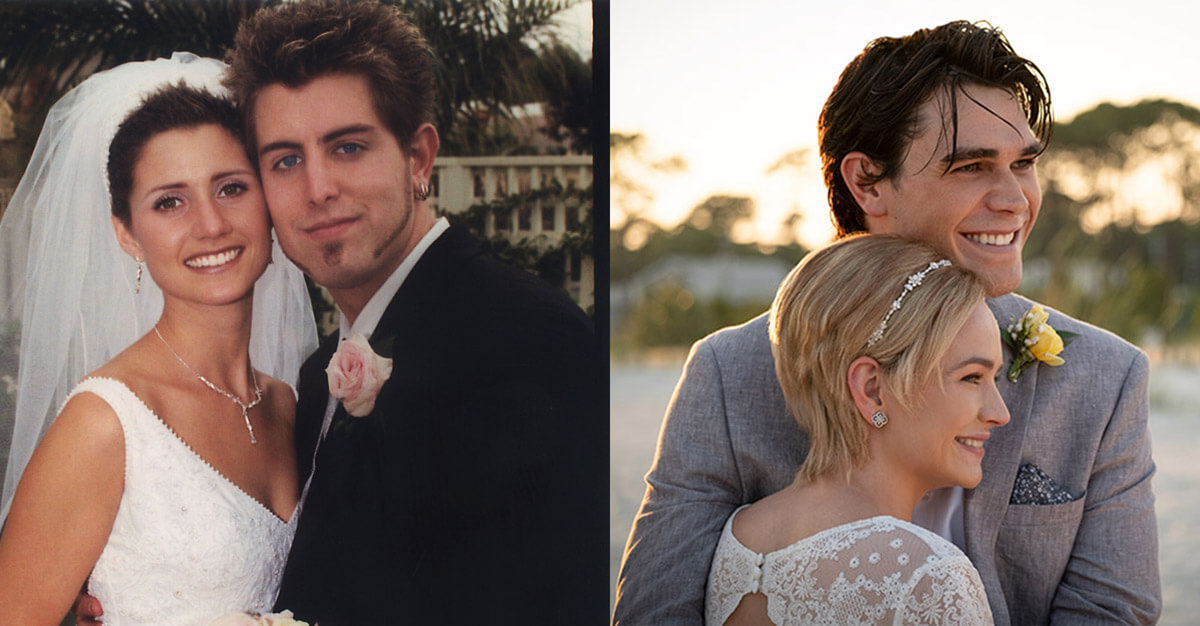 Jeremy Camp has sold over 4.5 million records with 37 No. 1 hit songs. But before all of this happened, he was a young man in love with a woman who had cancer. Hear him tell this dramatic story in his own words to Charles Morris on Haven Today. The events described here are the basis for the new movie I Still Believe.

To hear the full conversation, listen to the podcast below.

Charles Morris: You’ve got this movie that just came out, I Still Believe, and one of the things I’m told is that probably at every concert you’ve ever given, you make it personal and you tell your personal story. Do you mind, for those who may not have heard your story, sharing that with us again?

Jeremy Camp: Absolutely. During this time, Charles, there’s this Scripture that we’ve all heard. It says, “We will overcome by the blood of the lamb and the word of our testimonies.” (Revelation 12:11) A lot of times we forget the latter part of that verse, “for they do not love their lives even unto death.”

I think about this girl that I met years ago, Melissa, had an understanding that her life was literally in the hands of Jesus. She wanted her life to be an effect to those around her. And so I met this girl and fell in love with her. I remember the first time I met her at a worship service. She was raising up her hands really high and I was just drawn to that. I mean, I probably shouldn’t have been peaking while we were worshiping—

Charles Morris: Sure, you were supposed to be praying, Jeremy. But you were a teenager at the time, yes.

Jeremy Camp: —you can’t blame me! [laughs] But what attracted me to her was that. I was in awe of her relationship with the Lord. As time went on, of course, we started hanging out. I was a young man trying to figure out life. I’m still trying to figure out life. But I was meeting this woman who loves Jesus more than anything else … and we broke up, which was pretty devastating because I thought she was the one for me.

And then I got a phone call from a friend saying she was in the hospital. They found out she had cancer. And so I went in immediately to see her. As I walked in, she had this huge smile on her face. She was beaming from ear-to-ear and I was shocked. I figured she’d be more devastated.

I looked at her and I said, “Hey, how are you doing?” I didn’t know what to say. Words were just coming out of my mouth. And she said, “I was sitting here thinking. If I die from this cancer, but if one person’s life is changed then it’s all worth it.” I thought about that. And the reason why I quoted that Scripture before is that we are going to overcome by the blood of the lamb and the word of our testimony, but we can’t love our lives to death.

She said, “If my life or my death can bring one person to Jesus, it’s all worth it.” That was such a shocking thing to me because here is literally the gospel calling and obedience to Christ overflowing from her life. I just remember being just blown away.

Long story short, we ended up getting engaged because I just knew I was supposed to be with her. I loved her. We got married and it was beautiful. We went through ups and downs. In the movie, you’re going to see at one point we thought she was healed, and I don’t want to give too much away and ruin the story, but on our honeymoon we noticed some complications with her stomach. We went back to the hospital when we got off the honeymoon and found out cancer had returned and was spreading rapidly. They told us she only had weeks or months to live.

We had just gotten married, and so all the fresh feelings of new marriage and starting your life … it felt like it was just crushed to the ground.

Charles Morris: You were so young then. What were you, 19 or 20 years old? Something like this?

Charles Morris: Having seen the movie. I realized the Erwin brothers would have taken a little liberty, but not too much, on the story. If the movie reflects this accurately, Melissa was the mature follower of Jesus. Much more mature than you.

Charles Morris: Does that describe it?

Jeremy Camp: Yeah, I really saw her faith and I saw the depth. And it really encouraged me. Of course, I did love Jesus—

Charles Morris: Sure you did.

Jeremy Camp: —I wanted to serve him. But I saw her have an unrelenting pursuit of him that inspired me so much till the very end. It was three and a half months into our marriage that she went to be with Jesus. And I never saw her waiver. Of course, she had her ups and downs, she was human. You see that even in the movie. A moment of breaking down, that’s normal. But her faith didn’t waiver, at all, the whole time. For me, I saw that and it inspired me so much that I wanted to go out and share God’s faithfulness and his goodness in the midst of trials and tribulations.

Honestly, Charles, I didn’t know that nineteen years later there would be a movie coming out about this. It was just me being obedient, sharing what I had learned, what God had taught me. Writing some songs like I Still Believe and Walk By Faith, all these things were from the overflow of what God was doing with my life. I wasn’t thinking I’m going to build a career off this now. I was kind of over music at that point and God gave me these songs to heal my heart.

That’s what I think is so beautiful about it. Now God is using this to minister to millions of people. The stories are incredible. And it’s all him. It’s not anything I’ve done or any great man of faith I am. It’s literally by the grace of God and his goodness. That’s why I think this needs to continue to be out there. It wasn’t me. It was literally his hand of peace and his hand of power that pursued me and healed my heart and allowed me to do what I’m doing today.

Haven Today · Jeremy Camp On His Early Life and Success

Charles Morris: Let me ask you one more question about the movie I Still Believe. A little bird whispered this in my ear the other day, Jon Erwin who we’ve also had on the program in the last few days. Usually when a movie is made, you go out and you find the actors, you bring them in, and you cast them. Christian movies don’t always necessarily have Christians doing the acting.

Charles Morris: That’s just the way it is. But in this case, a little bird told me that the actor who played your roll in the movie and the woman who played Melissa are both lovers of Jesus.

Jeremy Camp: Yeah, they actually grew up in Christian homes and they really felt connected to the story and the dedication of saying, “I trust you God,” in the midst of the hardest trial. They also connected with the love me and Melissa had, and so they wanted to be a part of it. I’m very thankful that God has really opened up the doors for those who really get it on all fronts.

Jeremy Camp: It was really special, just the conversations we had. At one point K.J. did an interview, I think it was on The View, and he said this project was anointed. It was just so special to hear him say that. You know what I mean?

Charles Morris: [Laughing] They may not have known what he meant on The View, but we know what he’s talking about.

Jeremy Camp: Right, it was just special to hear him say this project was anointed and that he really saw God’s hand on it. I’m thankful for him. He was such an amazing class act during this film.

Charles Morris: [SPOILER ALERT] There’s a great ending. The Lord still had plans for you, even as he planned to take Melissa home. I think it’s alright if we give this away a little bit … How did the Lord keep moving in your life after you lost Melissa?

Jeremy Camp: I think God is a God of restoration and redemption. I wasn’t looking for anybody else. I was sharing my story and happy to do that.

Almost a couple years later, I met this girl named Adrienne. We were on tour together, and I would share about God’s faithfulness. Not even wanting to say how good God was, I’d get on stage and all of a sudden feel God’s spirit would empower me to say God is good in the midst of trials and tribulations. And Adrienne would be off to the side listening.

At one point, she said, “I’ve been listening to your story and it’s ministered to me so much. I’m one of those people that God has touched because of her life.” Little did I know, six months or seven months later we’d be engaged to be married. God has really come alongside our ministry. And not everything we talk about is about the story. We have so much .. we have three kids now—

Charles Morris: You have your own life together that the Lord has given you.

Jeremy Camp: Absolutely. When it makes sense to say, “Hey, this is a part of my life,” she’s all for it. Of course, with the movie it’s going to bring up that whole thing again. Then she goes, “Listen, it’s not about me or you or Melissa; it’s about Jesus. So let’s do this.”

I’m just thankful for that heart. I think that’s why God has really put his hand on this. Because watching her with her heart being soft toward everything and going, “God, I just want you to be glorified.” That’s what it’s all about. So even with this whole thing of screenings getting shut down after the first weekend. It was a tough thing because it was only in theaters for one weekend, but the first night it was the number one movie in America.

Charles Morris: It was number one! And it got shut down. Lord, why did you do this to us? And yet God is using it still.

Jeremy Camp: That’s the great thing, Charles. What you just said: God is using it still. Because there’s a greater depth to it now that might not have been there if we weren’t going through this. Everyone starts to open their ears and their heart a little more when things are happening out of our control. And so for us to be able to say, “I don’t understand, but I still believe,” I think that’s a powerful thing. 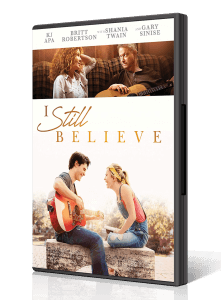 I Still Believe shares Jeremy Camp’s journey of finding hope and healing through life’s toughest moments and the songs that came from his journey that have inspired a generation. This inspiring movie is an inside look at Jeremy’s life—from his difficult childhood and teenage years to the tragic passing of Melissa and the spiritual journey that followed, which inspired some of his best-loved songs and led him, eventually, to find love again. This is a powerful heart-wrenching story about the strength of undying love and the power of faith.