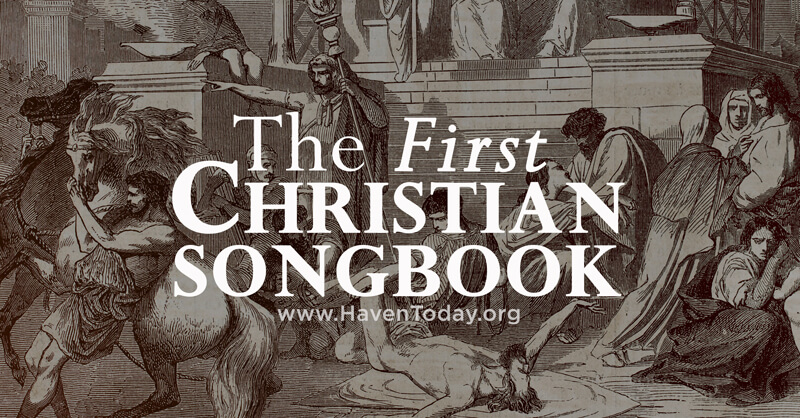 Have you ever wondered what it would be like to worship with the first followers of Jesus? Thanks to an early 20th century discovery that led to the translation and thoughtful production of The Odes Project (2008), we can actually get a taste of what authentic Christian worship would have been like nearly 2,000 years ago.

In 1909, J.R. Harris discovered fragments of what are now known as “The Odes of Solomon.” Written between 80 AD and 125 AD in Ancient Syriac and Greek, these 42 Odes were penned at the dawn of Christianity, shedding new light on how the first Christians worshiped.

Learn more about the research and history behind the Odes Discovery in a “white paper” by Dr. Lee Martin McDonald.

Out of all the music and literature that have been uncovered from this early era in church history, the Odes have held up the most to Scriptural integrity. Another characteristic of this ancient hymnal that scholars have pointed out is the striking similarities this collection has to the Old Testament Psalms.

In the video below, Fernando Ortega performs a captivating rendition of Sing Allelu. Click here to listen to more sample tracks from The Odes Project.

Who wrote the Odes?

This is still a mystery. Many scholars have speculated that the writer was a disciple of John, or at least a strong admirer of his letters to the early church. This is mostly due to the strong connection they have to themes found in the Gospel of John, such as light and life.

But as amazing as this discovery is, it wasn’t well known until a few years ago when Dr. Charles Fromm teamed up with composer John Schreiner to adapt the English translation of these early Christian songs into music. The Odes Project reflects on the music, themes, and time-period of when these songs of praise were originally sung.

To put it into context, many of the Christians at this time would have been facing stark persecution by Roman authorities. At times, Christians were taken away and brutally killed in the public arena for their faith. Therefore, early Christ followers had to worship in secret. They would meet privately in houses or catacombs, praying they wouldn’t be caught.

In this video, Dr. James Charlesworth, the man who translated the Odes into English, offers a vivid picture of the first century Christian context:

Ode 5 offers a profound look into the mindset of these early believers:

Oppressors will come, let them not see me
Let darkness like a cloud fall on their eyes
So they won’t take a hold upon me
Hallelujah for my salvation

These words show us the powerful faith and courage the early believers needed to worship Christ together.

Fortunately for modern believers in North America, we live in a time and culture where most people understand the concept of tolerance. Though religious persecution continues to happen everyday around the world, many of us will never know the same oppression that these early believers faced every day.

Yet even now, though we are separated by two millennia, we can join our ancient brothers and sisters in Christ by worshipping our Messiah with the same words they would have used so long ago—and the same Spirit that indwells us all.

To learn more about The Odes Discovery and hear more of these ancient hymns, click here to listen to the full audio series that includes interviews with scholars and more music from this historic album.

Corum Hughes works on the production team for HAVEN Today and is the managing editor of the All About Jesus blog. His passions include running, biking, reading, watching movies, and seeking Jesus in places He is seldom sought. Corum lives with his wife in Idaho. 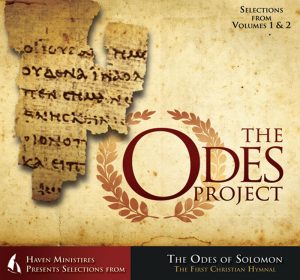 This recently discovered collection of ancient hymns is known as the “The Odes,” and The Odes Project sets these hymns to music for the first time in 2000 years. Blending ancient and modern styles of music, this unique Christ-centered CD powerfully leads our hearts in worship.