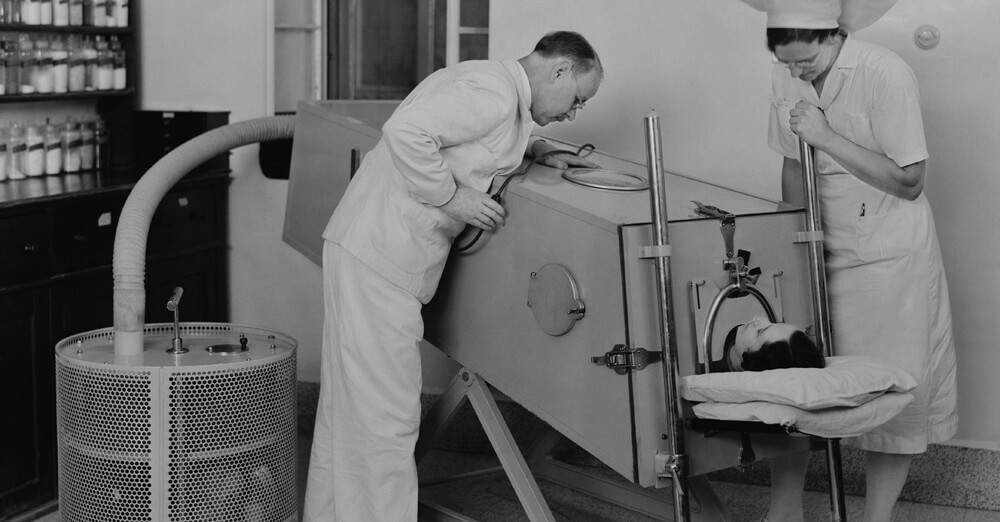 It’s not something I talk about often, but having had polio affects my life every single day — especially since post-polio symptoms have increased as I grow older.

I don’t remember catching the virus at 18 months. It was the early fifties. Polio was at its height, running rampant, killing or paralyzing people for the rest of their lives. The Salk Vaccine — the first major step to eradicating polio — came out just one year after I contracted it.

Thankfully our Seventh-day Adventist physician in a small Kansas town insisted my parents drive me to St. Joseph’s Hospital in Wichita. It was there that I received the life-saving treatment invented by Australian nurse Sister Kenny, where hot moist towels were wrapped around my body multiple times a day.

While this didn’t rid me of all of the effects, it remarkably relieved the outward symptoms. It probably saved me from living a shortened life in an iron lung.

So as far back as I can remember, I’ve had to live with a disability.

Weakness on one side, fatigue all around. While other kids could go run and play, I had to spend six or seven summers of my childhood in the hospital for orthopedic surgery. I spent weeks at a time on crutches with a cast either over my effected leg or even my good leg.

Decades later, the illness I had hoped would only torment my younger years returned, and now I have what doctors call post-polio.

When I read about the reemergence of polio in America today, I shudder to think of what some people are going to have to go through, as I did. Two biblical instances speak loudly in my ear, even to this day. Paul was given his thorn in the side, and Jacob lived with the lifelong limp the Lord gave him after his famous wrestling match in Genesis. Just like Paul, I have prayed for God to heal me, but my disability has been what he used to draw me closer to him.

On a practical level, I am reminded every day of my weakness, but I am also reminded that the Lord is strong. And it is out of his strength that he gives me the grace I now experience in abundance — something I can share with others.

All last week, Joni Eareckson Tada has joined me on the program. From a wheel chair, paralyzed from the neck down, she’s outlived so most other quadriplegics. And yet every day she turns her face toward heaven and looks to where her strength comes from. That bolsters my own faith and gives me the impetus to do the same thing.

Joni’s new hardback book Songs of Suffering has also become a resource that helps readers seek refuge in the Lord — even in the midst of hardship — and rejoice in his goodness.

We all have troubles as Christians, yet God’s Word promises that if we just keep looking to Jesus, he will lead us through it all into his glory when we finally see our savior face-to-face. That’s a hope I hang tightly to in my own daily struggles, and I know that’s the case for Joni as well.

But before I sign off, I also want to remind you that Haven has a team of prayer warriors standing by to take your requests for prayer. Whatever may be happening in your life right now, you can always follow this link and let our team know how we can pray for you.

As the leader of Haven Ministries, Charles Morris is always thinking of ways to lead Christians and non-Christians to Christ—hence the familiar slogan, “Telling the great story … it’s all about Jesus.” Charles is a former secular journalist, who has worked for United Press International, and as a press secretary for two former U.S. senators. He began working in the Christian world after seminary, coming to Haven as the fourth speaker in 2000. He and his wife, Janet, have written several books, including Fleeing ISIS, Finding Jesus. 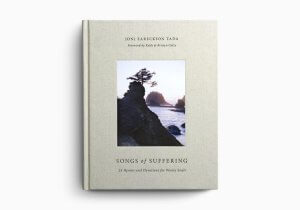 Songs of Suffering: 25 Hymns and Devotions for Weary Souls

As an author, speaker, and advocate for people with disabilities, Joni Eareckson Tada has inspired people around the world with her story of faith in the midst of suffering. In this beautiful collection of hymns and devotions she acts as a “song leader,” guiding readers through their own painful seasons with heartfelt praises to God.

Songs of Suffering includes 25 hymns with accompanying devotions and photography designed to spark hope in hardship. Opening with a special message from hymn writers Keith and Kristyn Getty, this book is a source of comfort for anyone who needs biblical encouragement, prompting readers to seek refuge in the Lord and rejoice in his goodness.