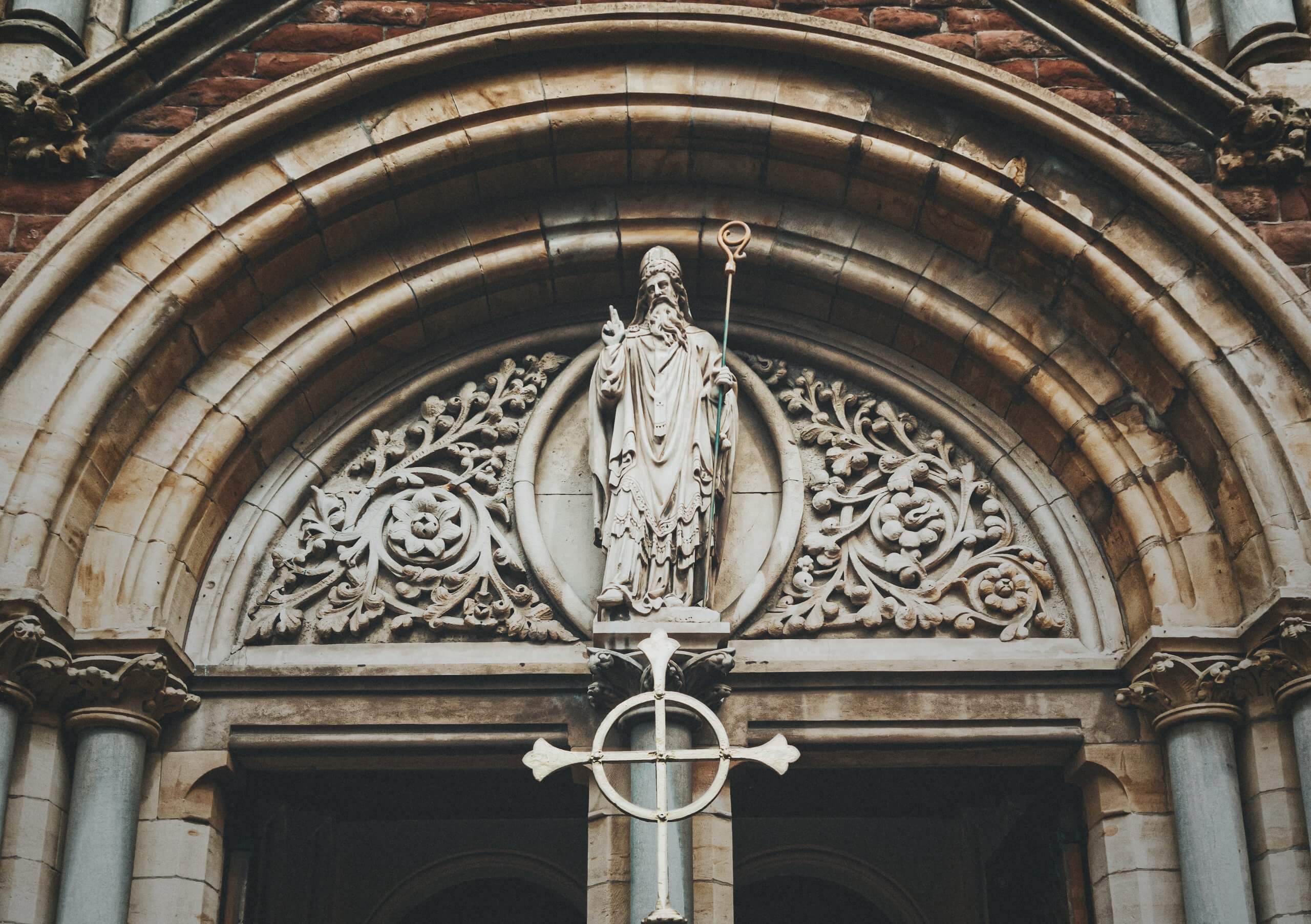 St. Patrick’s Day. The time when many of us will don our greenest outfits and celebrate all things Irish. Thousands will line the streets in New York City, Boston, and Dublin on the day that celebrates a man whose name is just about as famous as Saint Nicholas or Saint Valentine.

Much like Nicholas and Valentine, the things we celebrate on Saint Patrick’s day has little to do with the holiday’s namesake. In fact, once we start looking into who Saint Patrick really is, it’s difficult to separate history from legend. You may have heard about how he drove the snakes out of Ireland or how he illustrated the Trinity with a shamrock, but there’s a lot more to this man than what we learn in folklore.

Here are 7 things you probably didn’t know about Saint Patrick:

It may seem odd to celebrate Irish culture in the name of a fifth century Roman British missionary, but the truth is Patrick first came to Ireland after being kidnapped and forced into slavery by an Irish warrior chief for six years. He would later receive a vision from God that led him to escape and and return home, where he would have no intention of returning to Ireland—not until having another vision of the Irish people calling him back “to come and walk among us.” Today, Patrick is known as the patron saint of Ireland and is often credited as the missionary who first introduced the Irish people to Christianity. Except …

2. Patrick wasn’t the first to bring Christianity to Ireland.

Though paganism was still the dominating worldview when he returned as a missionary, Pope Celestine I sent a bishop named Palladius in 431, around the time Patrick would have begun his period of slavery. Though Palladius’ mission would prove unsuccessful, many Christians of the day felt that sharing Christ with the people of Ireland brought them closer to bringing the gospel “to the ends of the earth.”

There was no formal canonization process in the Catholic church during its first thousand years, therefore the patron saint of Ireland has never officially been recognized as a Saint.

4. Patrick was one of the first prominent Christians to speak out strongly against the practice of slavery.

Experiencing slavery firsthand, it’s not surprising that Patrick would be a fierce opponent to the slave trade. But to be a prominent Christian who adamantly argued against slavery in the fifth century was rare. Only a handful of leaders before him spoke negatively of the practice, which includes Augustine and John Chrysostom. Patrick even excommunicated a British tyrant who carried away some Irish converts into slavery, and he would later be instrumental in ending the Irish slave trade.

5. Much of what we know about St. Patrick comes from his autobiography.

Most scholars believe that The ‘Confessio’ of Saint Patrick was authentically penned by Patrick himself. In fact, this confession was most likely written in response to an investigation put together by his elders in Britain.

Originally a religious feast day (celebrated as early as 797), this holiday became more popular in America before catching on with Irish immigrants around the globe. Today, it is more of a celebration of Irish culture than a day to remember the man who is credited for spreading Christianity throughout Ireland.

7. Patrick’s missionary legacy also spread to Scotland, England, and other parts of Europe, too.

In Patrick’s lifetime, Ireland was made up of many kingdoms. As Patrick began accumulating disciples in one kingdom, he would build a church, appoint leadership out of those disciples, and then move onto the next kingdom to do the same thing again. Following Patrick’s example, many of hundreds of Irish monks set out to take the gospel to other parts of the continent. Not only did the Lord use Patrick to reach all of Ireland, but He used Patrick’s ministry to create a chain reaction that would allow Christianity to boom throughout Scotland, England, and other parts of Europe.

A fascinating historical figure and innovative Christian missionary, you can learn more about Patrick’s life and work in this amazing article by Mary Cagney. Or you might even find benefit in reading Patrick’s confession or his strongly-worded letter to the soldiers of Coroticus (who stole Irish converts and sold them into slavery).

Corum Hughes works on the production team for HAVEN Today and is the managing editor of the All About Jesus blog. His passions include running, biking, reading, watching movies, and seeking Jesus in places He is seldom sought. Corum lives with his wife in Idaho.