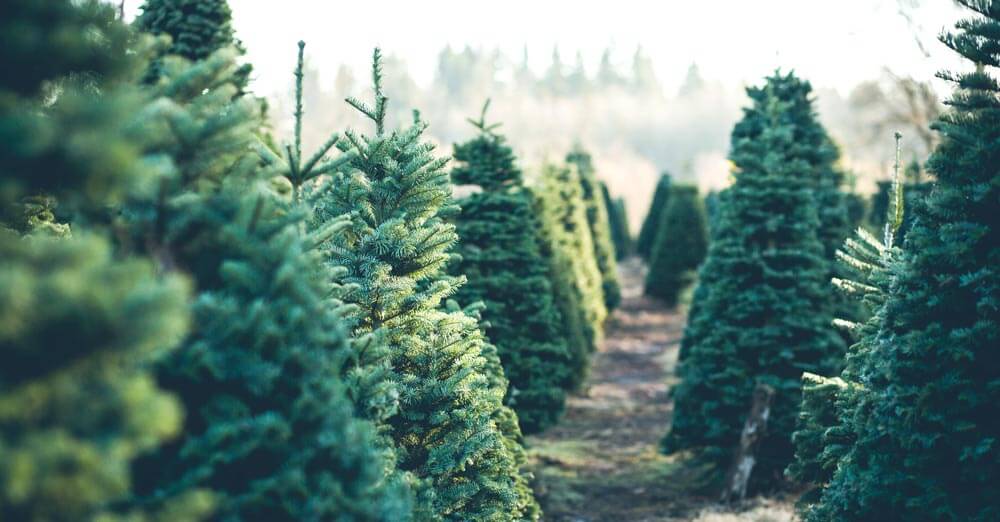 Have you ever given someone you love something you thought was the perfect gift only to have it rejected? I recently heard a heart-breaking story that happened to an eight-year old boy who dug deep in his pockets to get his impoverished family something special for Christmas.

It was 1949 and John will always remember it as the Christmas they didn’t have a tree. His mother told him they couldn’t afford one, but he thought if they had one it would make his parents happy. So he took matters into his own hands. It was three days before Christmas and he was out collecting for his paper route. It was fairly late—long after dark. He went to an apartment building to try catching a customer who hadn’t paid him for nearly two months.

Much to his surprise, she was home. She not only invited him in and paid him, she gave him a dollar tip. He had eight whole dollars.

On the way home, he walked past a Christmas tree lot and the idea struck him—he would buy a tree. He imagined how happy his parents would be. The selection wasn’t great because it was so close to Christmas, but there was this one really nice tree for ten dollars. John pulled out his eight dollars and the man took pity on him. He joyously dragged that tree for a mile all the way home, propped it up on the front porch, and went in bursting with excitement to announce that he had a surprise.

He got his Mom and Dad to come to the front door and then switched on the porch light.

“Where did you get that tree?” His mother asked him and she obviously wasn’t pleased.

“I bought it up on Main Street. Isn’t it just the most perfect tree you ever saw?”

“Where did you get the money?” She wanted to know.

“From my paper route.” He explained about the customer who’d paid him.

“And you spent the whole eight dollars on this tree?” She went into a tirade about how stupid it was to spend his money on something that would be thrown out and burned in a few days. Then she snapped off the porch light and said, “Leave it there, I don’t want it in the house.”

The Gift of Jesus

I’ve been thinking about that story and how it illustrates the vulnerability that comes with gift-giving. There’s a natural desire we have to please the ones we love and giving gifts is a universal to do that. We give a gift expecting the other person will receive it with delight and be pleased, not just with the gift, but with us for giving it.

At the very heart of Christmas there’s gift giving—a vulnerable act of love. God the Father gave us Jesus as a gift and the language of that gift is love. From the beginning of time the Father planned and waited until the moment would finally come when he would switch on the porch lights and reveal his indescribable gift to the world. The gift of his son. We have been given the most remarkable gift. The language of that gift is love. God so loved us that he gave us his son. He switched on the porch lights in heaven and revealed his gift to the world for the first time in Luke 2:8:

“There were shepherds living out in the fields nearby, keeping watch over their flocks at night. An angel of the Lord appeared to them, and the glory of the Lord shone around them, and they were terrified. But the angel said to them, “Do not be afraid. I bring you good news that will cause great joy for all the people. Today in the town of David a Savior has been born to you; he is the Messiah, the Lord.”

You keep reading in Luke and there are people who respond to the gift the way they’re meant to respond, seeing it as an act of unimaginable love. But there were people who slammed the door on the gift and refused it, too. For centuries it’s been the same. Some reject the gift but others receive it with joy. That’s the vulnerability of gift-giving.

If you’ve received this gift of indescribable love, then maybe that gift has so moved you with gratitude that you want to give him a gift in return. You want to find something you can give to Jesus that will delight his heart. That’s what love wants to do—it wants to give gifts. You see it in eight-year-old John’s story as his heart was filled with a yearning to give his parents a gift to please them. And the heartbreak of that story is that his gift was rejected. His mother wasn’t pleased.

But that’s not what happens when we give gifts to Jesus. Anything we give to Jesus in love will always please him. Even if it’s marred with sin, which it always is. Jesus won’t see the imperfections. He’ll see the love and he will be delighted. C. S. Lewis says that down deep in our souls, we are like children who love to make our parents proud of us. In the same way, we have a yearning to delight the heart of God.

“To please God, to be a real ingredient in the divine happiness, to be loved by God, not merely pitied but delighted in as an artist delights in his work or a father in a son – it seems impossible, a weight or burden of glory which our thoughts can hardly sustain … But so it is.” (The Weight of Glory)

We know as believers that we can’t earn our salvation—that nothing we can do is ever going to make us acceptable in God’s sight—but we also know that Jesus has done that for us through his death and resurrection. And now part of the joy of that salvation is that we can please him. We can give him gifts freely for no other reason except that we love him, and he will be pleased.

Paul says in Ephesians 5:10 that we should “find out what out pleases the Lord.” Just like how we listen for hints about what would please the ones we love with Christmas gifts, we can listen for the hints that Jesus gives about what pleases him most. He’s pleased when we trust him, when we repent, when we believe the Gospel deeply and take it to heart, and when we worship and overflow with gratitude. But the biggest hint Jesus gives us was in John 13:34: “Love one another as I have loved you”

The End of the Story

Years later when he was grown and married, John’s mother was with his family for Christmas. She couldn’t sleep, so she got up to make herself a cup of hot tea and found John sitting by the fire in the living room. She said, “John, do you remember that time when you bought that tree with your paper route money?”

She hesitated for a long moment, then great tears started down her face. She cried, “Oh, son, please forgive me.” And he did. He forgave her. All the bitterness he’d harbored over the years, and all the regret his mother had carried with her was washed away. Where did this forgiveness that wiped away all tears come from? Jesus. John knew he’d been forgiven.

The best gift we can give to Jesus and the ones we love this Christmas is to love one another as he has loved us:

“Follow God’s example, therefore, as dearly loved children and walk in the way of love, just as Christ loved us and gave himself up for us as a fragrant offering and sacrifice to God. Be kind to one another, tender-hearted, forgiving each other, just as God in Christ also has forgiven you.” Eph. 4:32-5:1