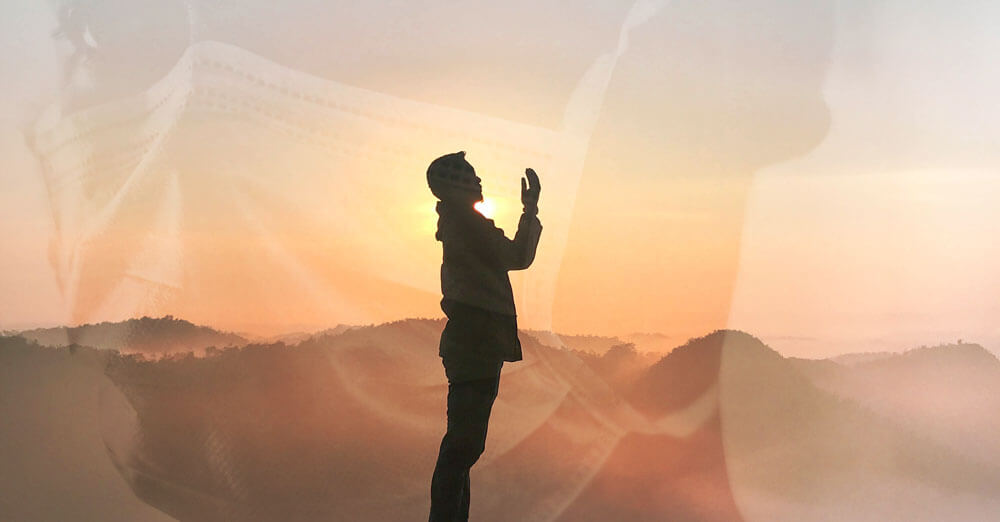 Why the seeming reluctance to pray more boldly?
O God, stop the spreading of Covid-19!

But I have not heard passionate pleading for the Living God to do what only He can do: stop the spreading of the virus! Oh, there have been a few voices crying out for what would have to be a massive miracle. But not as many as I would have expected, especially given the near helplessness of the situation. Instead I have sensed a seeming reluctance to boldly ask the Creator and Savior of the world to simply stretch out His hand and put an end to the “pestilence.”

Ah, maybe therein lies the reluctance. Maybe we do not believe He can. I hope that is not the case. I understand that it can be hard to believe. But given all that He has revealed about Himself through salvation history, I hope our reluctance to pray boldly is not due to lack of faith in His goodness and power.

So, why then the reluctance?

As I was walking the other day – appropriately socially distancing myself from other walkers – I thought of seven possible explanations for our holding back. See if you agree with them. See if any are true of you.

Is any of the above making sense? And does any of it account for any reluctance in you to pray boldly?

I can only speak for myself. I think we acknowledge any or all of the above, and still pray! We go back to the basics of the Gospel of Jesus: “God so loved the world, that He gave His only begotten Son.” Why? So that the world might know His life, eternal life. God loves the world. This world. A rebel world. An ignoring-the-ways-of-God world. A broken-because-of-the-ignoring-and-rebelling world. In incomprehensible mercy, God loves this world!

And so we, I, ask this God to do a miracle. Not in an arrogant way. Not in any entitled way. Not in a flamboyant way. But in humility and repentance. Coming with nothing to claim, throwing ourselves on the mercy manifested on Good Friday – “Father, forgive them for they do not know what they are doing.” And crying out: “Oh God of Abraham, Isaac and Jacob. Oh God and Father of our Lord Jesus Christ. In Your great mercy, please stop the spread of this virus. In the name of Him Who died for the life of the world.”

And as I rise from my knees, I pray that He would the get the credit for the miracle.

Darrell Johnson is a retired pastor and professor, speaker, author and mentor of young pastors. He is a grandfather married to Sharon. In these COVID-19 days, Darrel is unexpectedly completing his Introduction to Preaching course at Regent College in Vancouver. For many years he pastored the famous Union Church in Manila during the People Power Revolution.