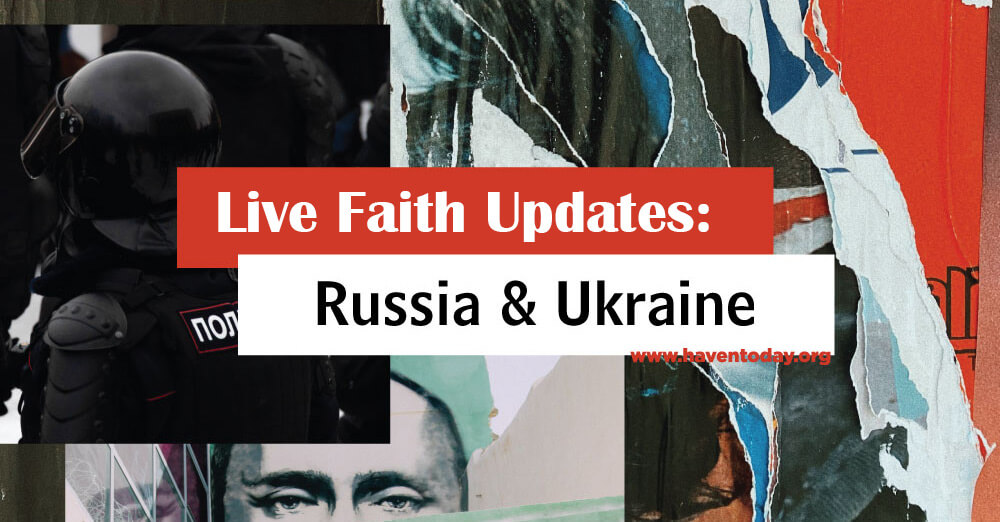 Russia launched a full-scale attack on Ukraine Thursday, February 24. It didn’t take long for this to become the most significant military conflict and fastest growing refugee crisis to hit Europe since World War II.

To keep you informed, we will be updating this page as new reports come in on major developments in the conflict, what the local and international church is doing to help, and how Christ is on the move, even in the midst of war and devastation. Please bookmark this page and check back regularly for new updates and ways you can pray as needs arise. 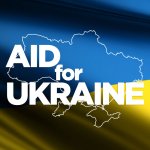 AID FOR UKRAINE: Haven Today is partnering with Mission Eurasia who is uniquely equipped to provide meal packs for these now homeless families. We are asking our listeners and readers to pray boldly and give boldly. Please pray for funds to keep this vital supply moving and expanding, including $120,000 needed to purchase six trucks that will transport many more tons of food and other assistance to hubs inside Ukraine. Click here to find out how you can help. 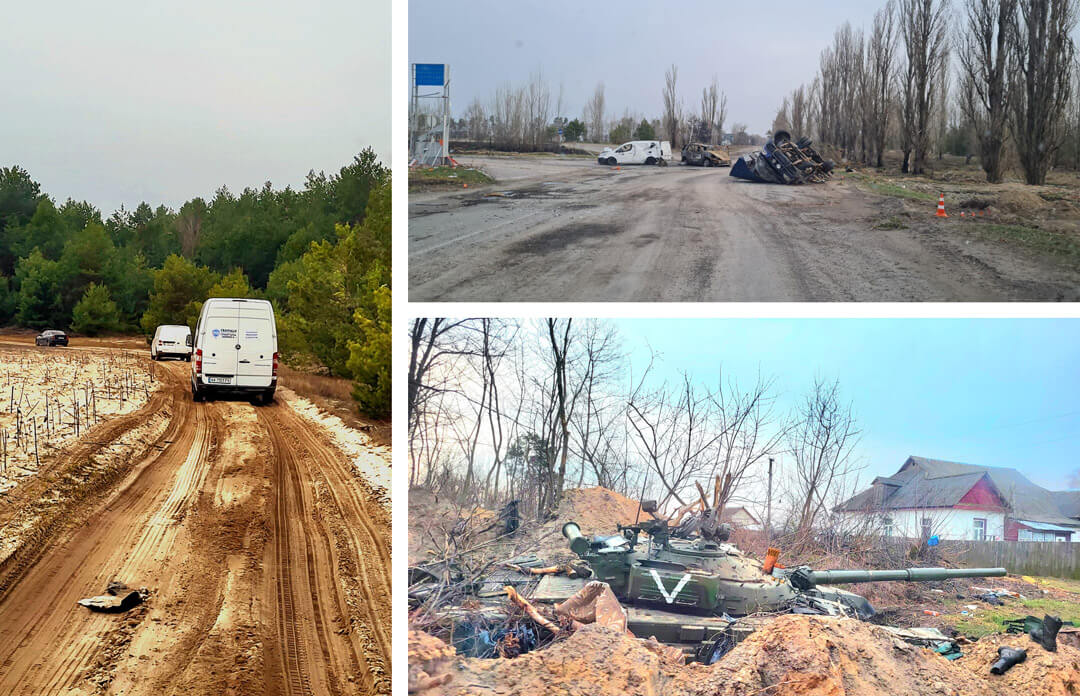 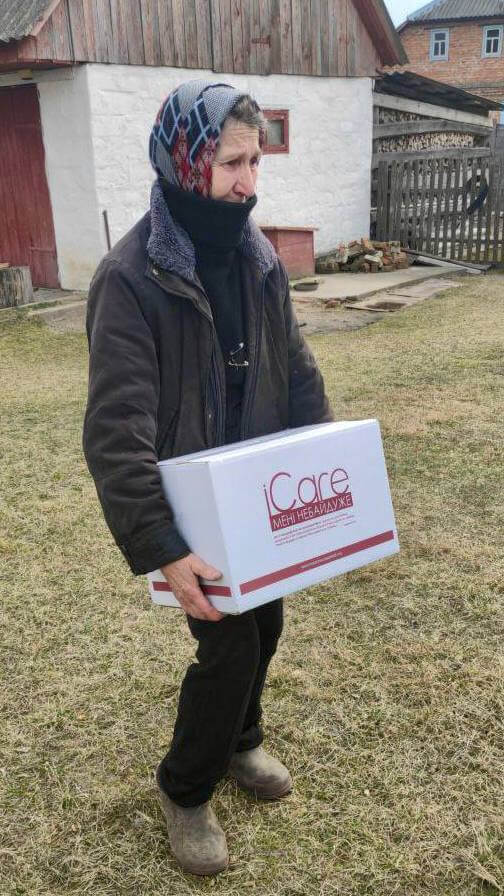 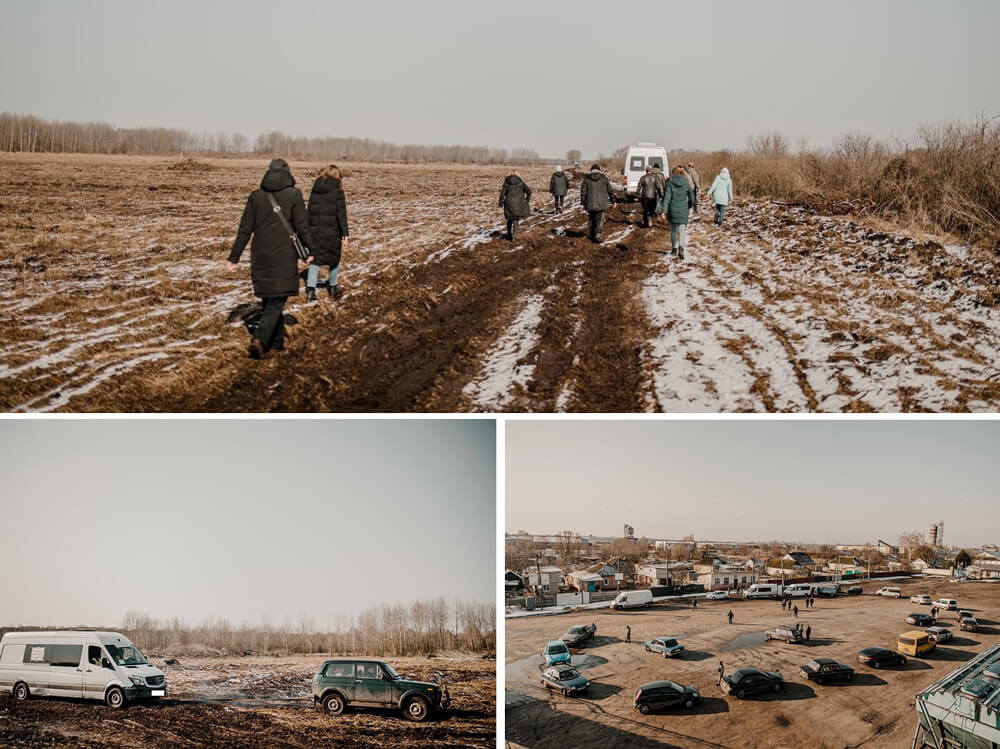 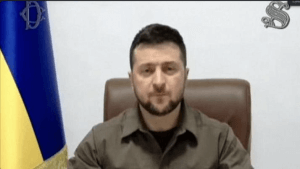 “I remember this one night we were asleep. Then towards the morning we heard sirens going off, then we heard explosions in the distance. I woke up and started praying very hard. Then things became calm. Then I heard the explosions again and started praying very hard again. It was very hard to live through that. My parents stayed. They didn’t want to leave. They are now used to the explosions and all that. I thought about staying with them but I didn’t want to risk the lives of my children.” 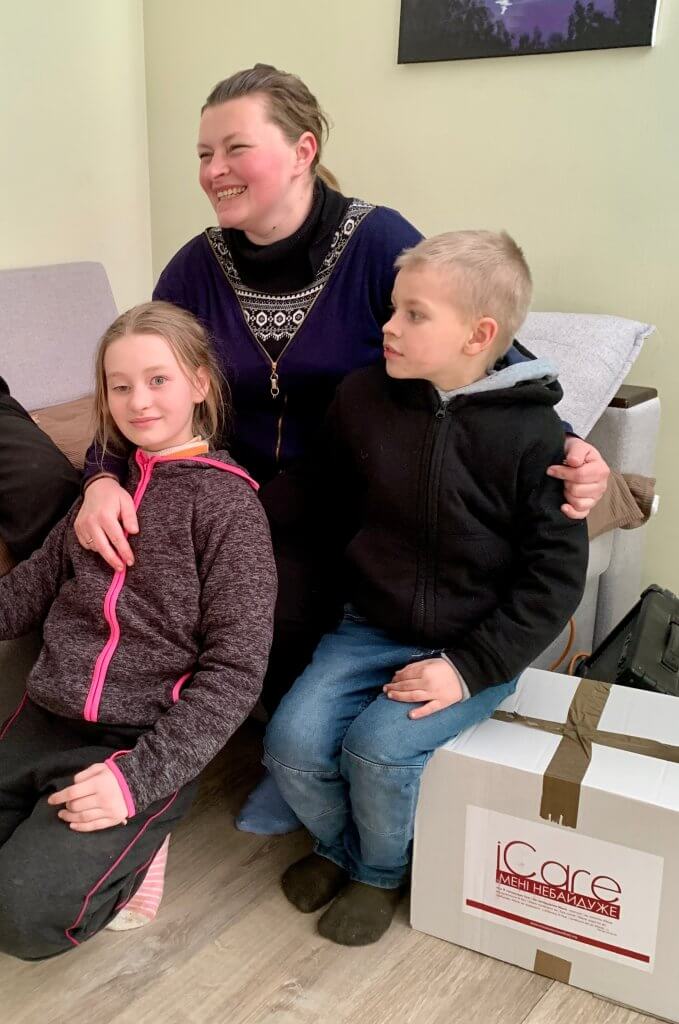 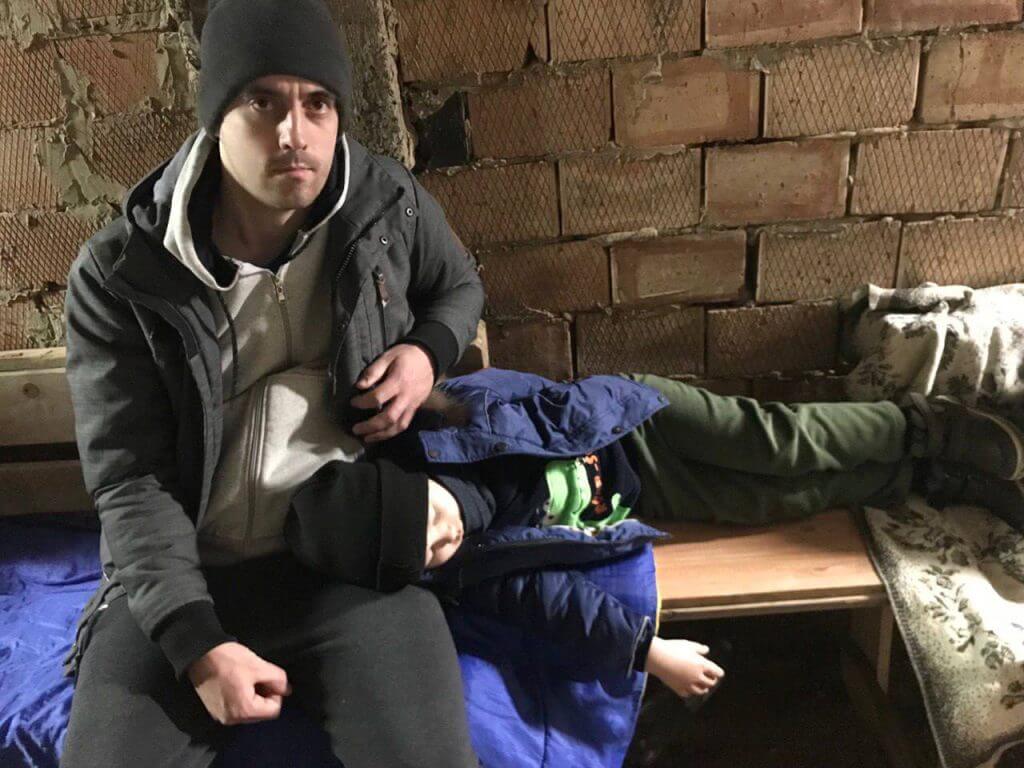 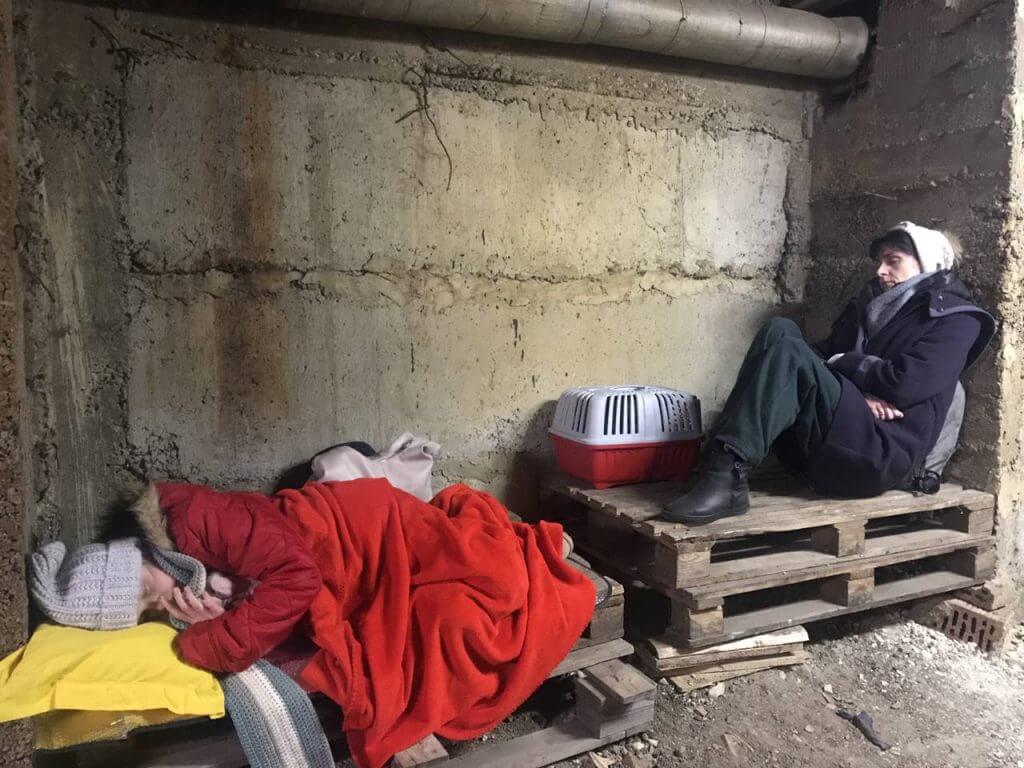 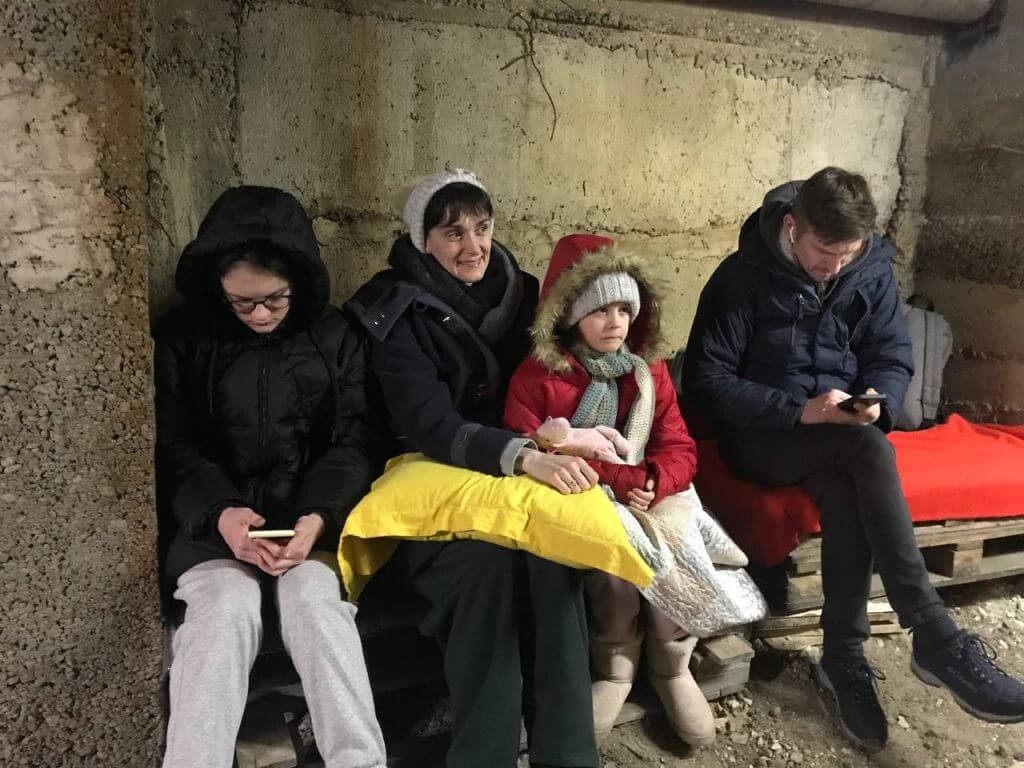 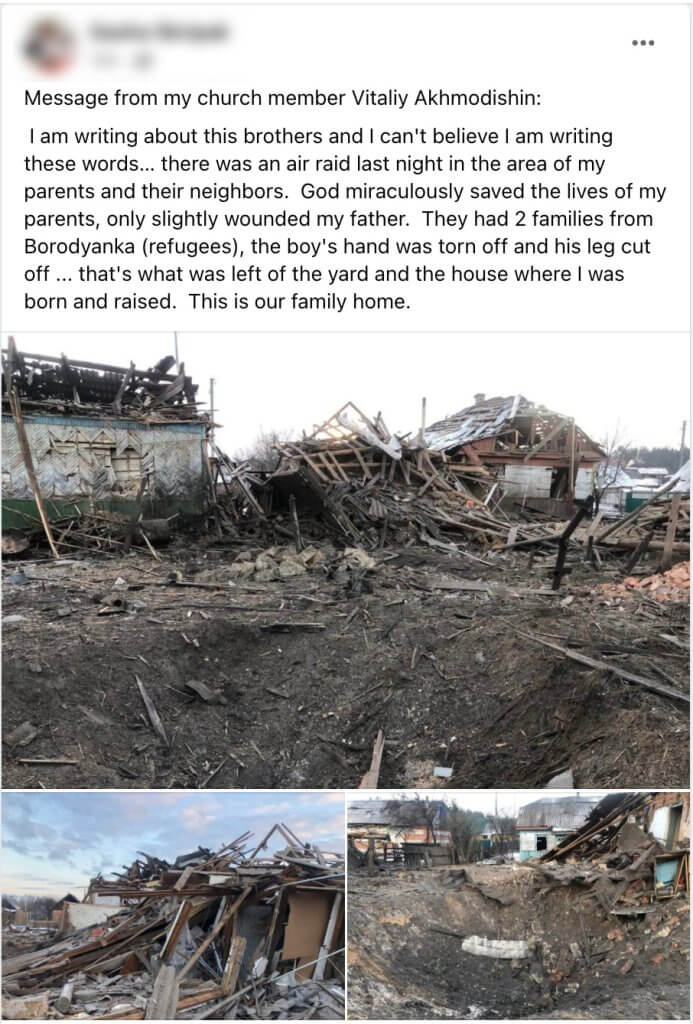 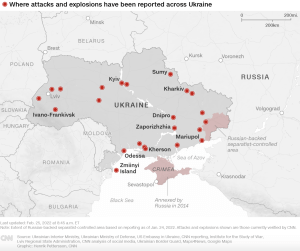 Please keep checking on this page regularly for specific ways you can pray as the Europe’s largest conflict in 75 years continues to unfold.

Will you give boldly to help these families now? Every $50 you send will feed a family of five for a week.