ISIS Uses Music As a Weapon 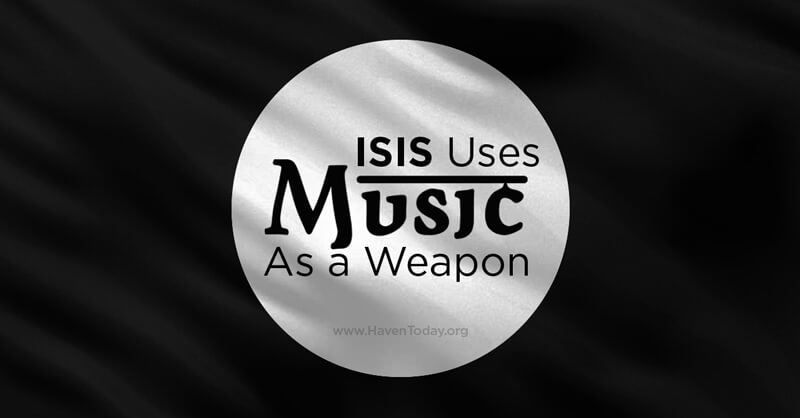 ISIS is being defeated, yet their numbers worldwide continue to grow. And they are even using music as a way to reach sympathizers.
Just in the last year, ISIS has been forced out of nearly half the territory it controlled at the peak of its campaign to establish a caliphate in the Middle East. In January 2016, the terrorist group controlled nearly 50,000 square miles in Iraq and Syria. Today, that number has dropped well below 25,000 square miles and is continuing to dwindle.
Is this the end of ISIS as we know it? Not yet.
As the terrorist group gets pushed out of Mosul and other parts of Iraq and Syria, ISIS is preparing for a future under siege. And one of the ways this is being done is through a cappella hymns known as nasheeds.
Writing and producing musical propaganda is not new for the group, they have used radio stations and encrypted web applications to distribute nasheeds in the past. But now the tone has changed.
ISIS has struggled in the last few months on all fronts, including the morale of their soldiers and their adherents around the world. In answer to this, they have written “My State Is Remaining” to encourage their supporters that the fight isn’t over. Here’s a few lines:

My state is remaining, firing at the enemy.
Its soldiers shout that it is remaining.
Its path will not be eliminated; its light seeks to expand.
…
The Muslim nation has been awoken from its slumber.
Oh people of error! The state is remaining — not vanishing,
Anchored like the mountains, anchored, anchored.

It seems that the darkness and cruel terror of ISIS is far from over, and the group is using music to hold out hope for what can only be called the work of the devil.
As ISIS sings about continued death and destruction, may our words be ones of love and hope focused on how God handles evil. In direct contrast to “My State is Remaining,” let’s look to Jesus for hope in the face of terror. A hymn for hard times that came out of the Reformation comes to mind. Here’s just a few lines:

A mighty Fortress is our God,
A Bulwark never failing;
Our Helper He amid the flood
Of mortal ills prevailing:
For still our ancient foe
Doth seek to work us woe;
His craft and power are great,
And, armed with cruel hate,
On earth is not his equal.

That word above all earthly powers,
No thanks to them, abideth;
The Spirit and the gifts are ours
Through Him who with us sideth:
Let goods and kindred go,
This mortal life also;
The body they may kill:
God’s truth abideth still,
His Kingdom is forever.

A Mighty Fortress is Our God, Martin Luther, 1529

For more hymns you can sing during the hard times, listen to this week’s series as we look at songs that were not only born out of trying circumstances … they speak into the darkest moments of our lives. Click here to listen! And for encouraging stories of what Christ is currently doing in the shadow of ISIS, I want to encourage you to watch the documentary short film titled “Fleeing ISIS, Finding Jesus.”

Written by Charles Morris and Christian journalist Craig Borlase, Fleeing Isis, Finding Jesus offers a unique, compelling account of the miraculous ways in which Jesus is transforming lives in the Middle East today. As Charles narrates his travels around the region, he shares with readers not just the good news of how Jesus is at work, but he also invites us to wonder how our own lives might be transformed as a result.