A Closer Look at “Checkmate” 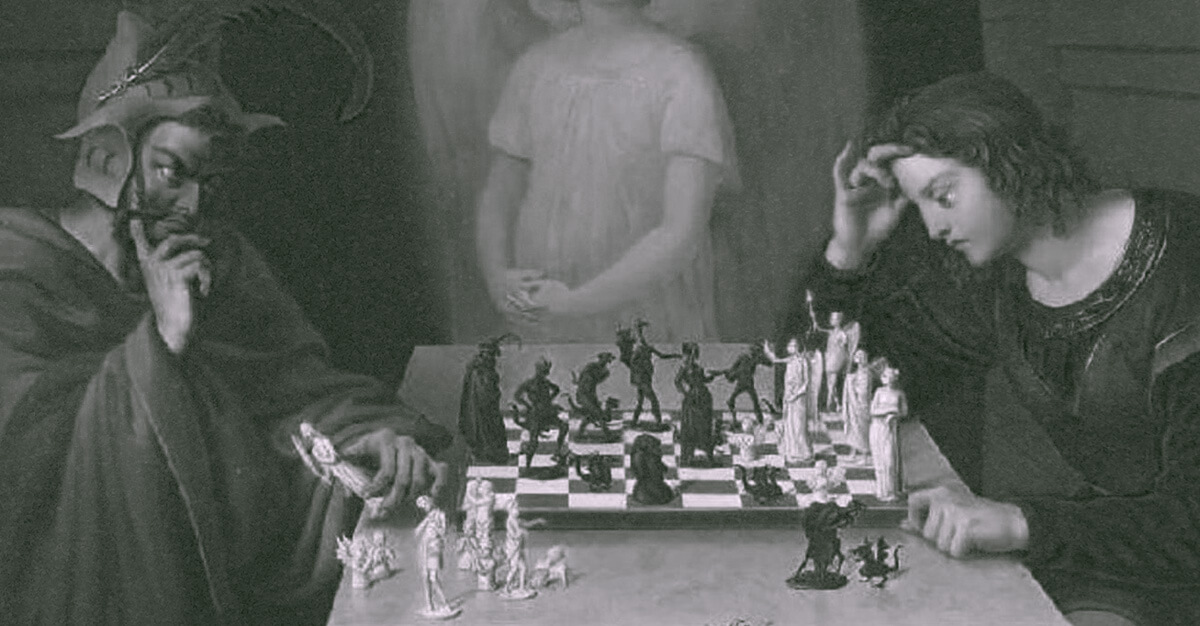 If you know anything about the game of chess, you know it all comes down to when the King on either side can move no more. Once the king is trapped, the winning side declares “checkmate” and the game is over.

There is a painting that once hung in the Louvre museum in Paris, painted by Friedrich Moritz August Retzsch. Today, the painting is popularly known as “Checkmate.” It is now in private hands, having been sold in a Christie’s auction in 1999.

The painting depicts two chess players. One is Satan, who appears arrogantly confident. The other player is a man who looks forlorn. If Satan wins, he wins the man’s soul. You can view more of the creepy details below. 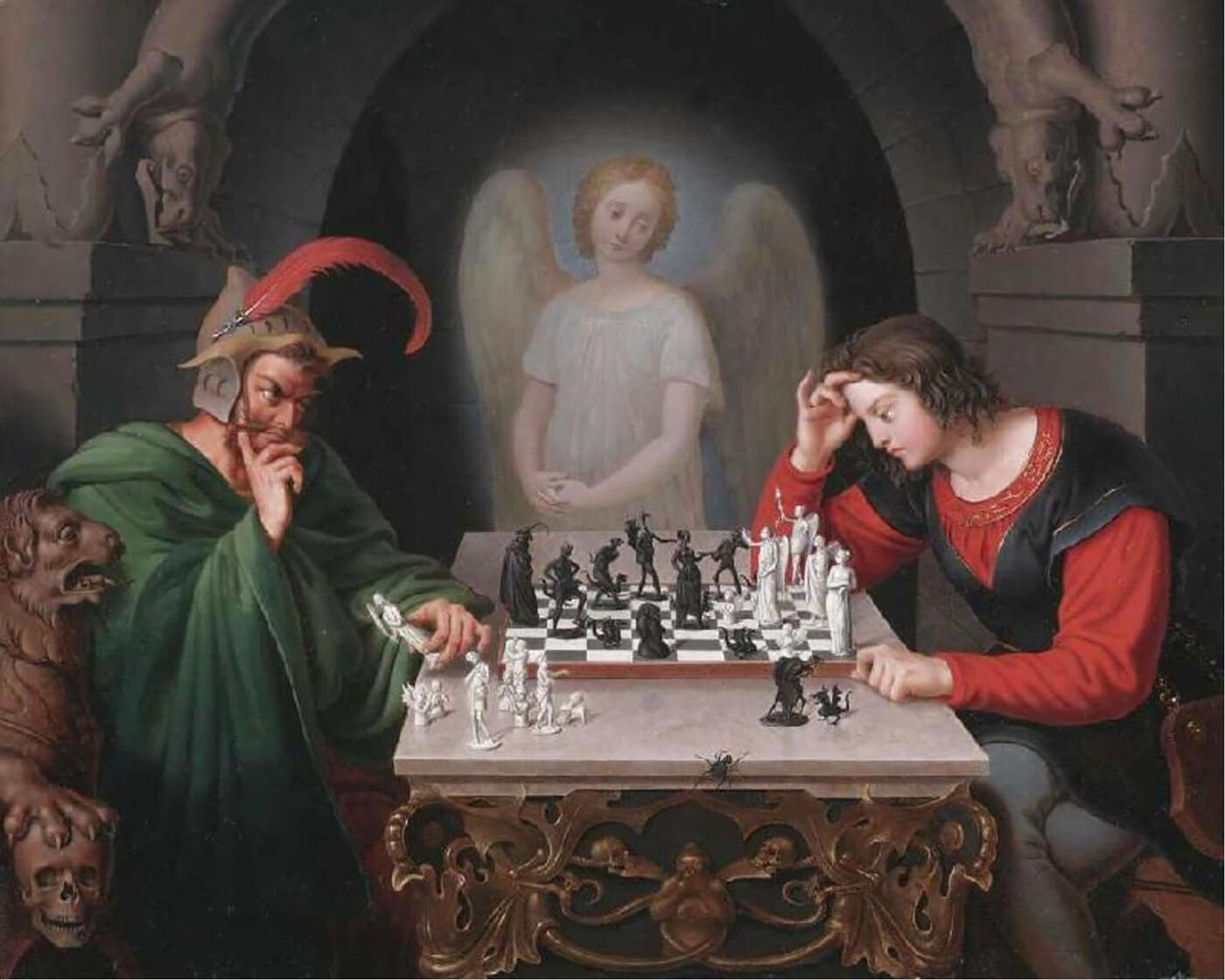 According to legend, and probably fact, the story goes like this. A chess grand master came upon this intriguing painting in the Louvre museum alongside other famous art such as the Mona Lisa.

The grand mastered stared a long time at the chess board in the painting and finally noticed something surprising. The typical interpretation of the painting (that the devil had the man in “checkmate”) was incorrect.

Though the devil seemed to be the obvious victor, he was in fact not winning. The man, who thought he was losing, was actually winning.

According to the arrangement of the pieces left on the chess board, his king had one more move. This fateful move would make him the winner of the game.

The grand master called the curator and determined that the title “Checkmate” did not fit the scene because the forlorn-looking player actually had the ability to defeat his opponent, though he didn’t realize it yet. His king had one more move.

Now think about the spiritual implications of this painting with me about what the grand master discovered.

Repeatedly in Scripture, God assures his people that there is always a way of escaping situations that seem hopeless at the time.

So often in life, we consider the world to be a mess. With war, violence, a deadly pandemic, unemployment, struggling marriages, depression, isolation, and more … we can easily become disillusioned. People begin to feel lost. We look for direction but often end up on the wrong path. It looks like checkmate, but we need not fear—the game is not over.

Our Creator God still has one move left! Our lives and future are in His hands. The Lord is the only King who can never be defeated.

As the leader of Haven Ministries, Charles Morris is always thinking of ways to lead Christians and non-Christians to Christ—hence the familiar slogan, “Telling the great story … it’s all about Jesus.” Charles is a former secular journalist, who has worked for United Press International, and as a press secretary for two former U.S. senators. He began working in the Christian world after seminary, coming to Haven as the fourth speaker in 2000. He and his wife, Janet, have written several books, including Fleeing ISIS, Finding Jesus.