An Important Election Reminder for Christians 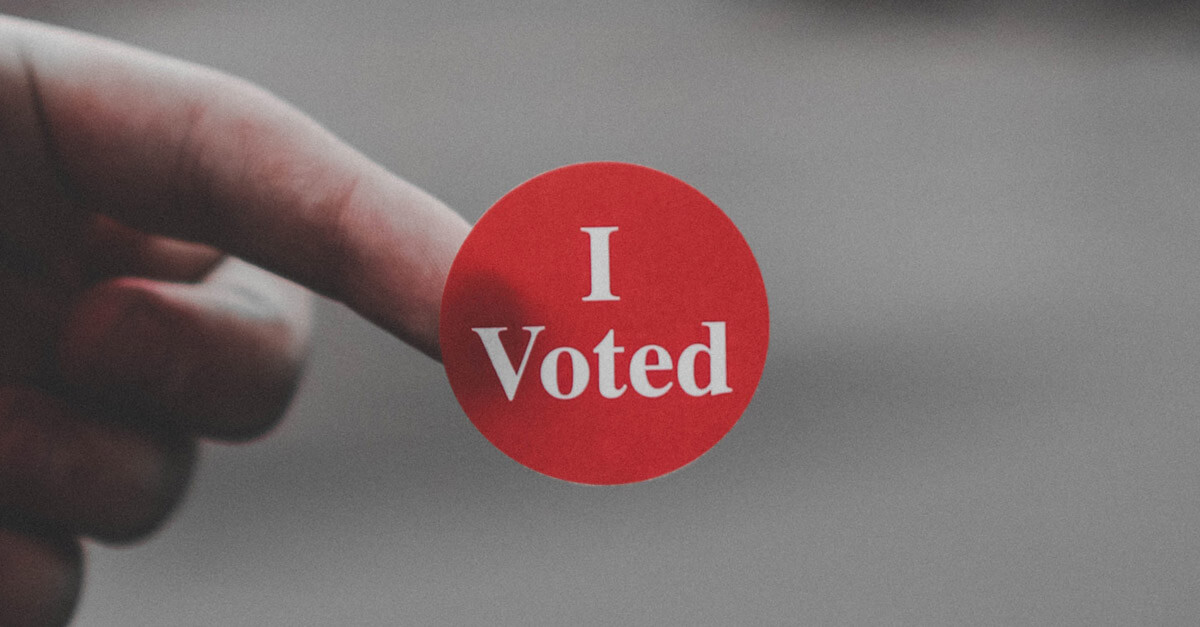 Almost anywhere you go right now, especially if you’re in America, you hear about the election. I can’t turn on the news, visit a website, or drive anywhere without seeing a reminder to vote for a particular candidate. Of course, this is to be expected at the peak of election season.

I suspect I won’t be alone when I say that I’m starting to get a little fatigued by everything in the news right now. And it seems like it’s even easier this time around to put too much stock in the outcome and forget to focus on anything else.

This is why I think it’s important, even now as election day is around the corner, to step back for a moment and be reminded of our king of kings. Remember, no matter the outcome of this election, Jesus is on the throne and his kingdom will last forever.

Then Jesus came to them and said, “All authority in heaven and on earth has been given to me. Therefore go and make disciples of all nations, baptizing them in the name of the Father and of the Son and of the Holy Spirit, and teaching them to obey everything I have commanded you. And surely I am with you always, to the very end of the age.” — Matthew 28:18-20

When we read this passage, it’s easy to rush past the first statement and focus on Christ’s call for us to be disciples of all nations, baptizing them and so forth. But there’s a reason Jesus began by asserting his authority.

By saying all authority in heaven and on earth has been given to him, Jesus is making a kingly statement. There is no president, prime minister, king, nor queen who has authority at any time unless the Lord allows it. This is important to remember in 2020 as nearly 50% of Americans will be disappointed when the election results roll in.

It’s also important for Christ to assert his authority because, unlike many politicians, it means no one can influence him or make him do their bidding. Jesus doesn’t belong to a political party because he is over all politics. But how does he rule? What kind of king is he?

Let me repeat: Jesus’ authority is total, but he doesn’t use his authority the way the rulers of our world do. Listen to Christ’s own words:

Jesus called them together and said, “You know that those who are regarded as rulers of the Gentiles lord it over them, and their high officials exercise authority over them. Not so with you. Instead, whoever wants to become great among you must be your servant, and whoever wants to be first must be slave of all. For even the Son of Man did not come to be served, but to serve, and to give his life as a ransom for many.” — Mark 10:42-45

The rulers of this world “lord it over them.” They use their power to control. This is how the world works. We see it everywhere, don’t we? Worldly leadership is all about telling people what to do. It is authority from the top down. The person at the top is the most important, and what he or she says goes.

It’s not difficult to see this kind of behavior all over the place, not just in politics. It also happens in the church. Pastors sometimes begin to think they are more important to the kingdom than other believers. They might begin to sense that they have more authority, which leads them to begin lording it over others.

But Jesus says: not so with you, and not so in his kingdom. Jesus doesn’t wield his authority like that with us.

He’s gentle and kind. He steps under and lifts us up. He doesn’t lord his authority over us. The greatest in Christ’s kingdom is a servant because Christ is the ultimate servant. He did not come to be served but to serve. More than that, he came to give his own life. Jesus is the King of kings, but he’s also the servant of servants—the suffering servant, as Isaiah tells us.

If you want to be a great leader, you must follow Jesus’ command to avoid taking authority in every situation. It’s just as important to take the opportunity to love your neighbor and serve those around you.

In this way, it’s easy to see that Jesus does not rule like the world rules, which brings me to a second thought about the kind of king Jesus is: one who speaks with authority.

It’s something we usually forget when reading the sermon on the mount in Matthew 5-7. Right as Jesus finished speaking to the crowds, Matthew tells us everyone was astonished, shocked, and in awe. Why? Not because Jesus performed a miracle, but because there is one little phrase he left out: “Thus saith the Lord.”

If he said this phrase, he would have been seen on the same level as the Old Testament prophets. Instead, Jesus repeatedly said, “but I say unto you.” The crowd was amazed because Jesus spoke as one who had authority. Not only is he a Servant King, Jesus is also a Speaking King.

He speaks, and the world waits. He’s not just another prophet; he’s more than that. And by saying “I say unto you,” Jesus revealed himself as the Lord Almighty. When Christ opens his mouth, it’s God himself speaking. This is why the crowd was astonished.

Every other religious leader of the time had to borrow authority by saying things like, “the Lord says this” or “this is the Lord’s word.” For Jesus to have his own authority, it means we need to value what he says above what anyone else says. Jesus says:

And he can say these things with authority because he is the Lord, but he also put his words into practice by laying down his life for sinners. We were his enemies, dead in sin and hopelessly lost. But instead of hating us for this, he loved us.

But God demonstrates his own love for us in this: While we were still sinners, Christ died for us. — Romans 5:8

As you return to the world of breaking news headlines and election coverage, I want to leave you with this simple message: no matter what happens come November 3rd, just remember that Jesus—the one who has been given authority over heaven and earth—is on the throne today and his kingdom will last forever. 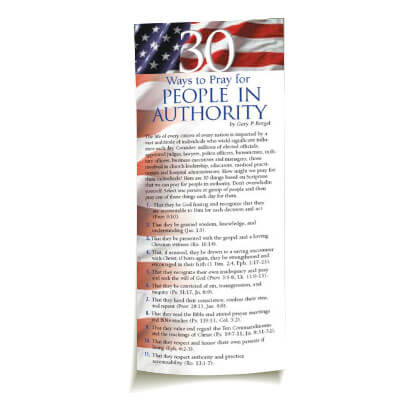 30 Ways to Pray for People in Authority

30 Ways to Pray for Those in Authority is the perfect guide to prayer for our leaders. It’s practical, it’s biblical, and it’s a daily reminder that leaders—like all of us—desperately need God’s grace, wisdom, and protection.