Was Abraham Lincoln Really a Christian? 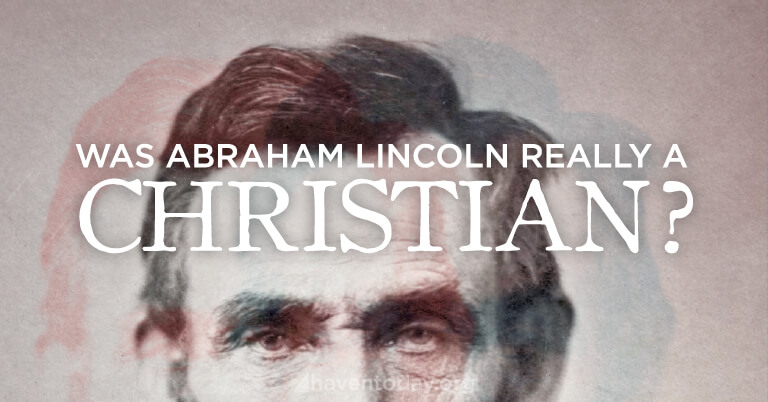 Abraham Lincoln is one of America’s most beloved leaders, but did he know the Lord? Famous for his integrity, his courage, and his respect for human life, he is often hailed as one of the most “Christian” presidents in U.S. history.
Yet many skeptics will say that he didn’t have a saving faith in Christ. His political talks would often reflect truths from Scripture, but there are several documents and letters pointing to the fact that Lincoln didn’t truly know the Lord.
In this video, Charles Morris refers to a letter Lincoln wrote near the end of his life, which sheds light on the actual faith of one of America’s most respected leaders.

In a “Reply to an Illinois Clergyman,” Lincoln reportedly wrote this about his conversion experience:

Dr. Willard Davis—a scholar and preacher from Fourth Presbyterian Church in Bethesda, Maryland—researched and viewed hundreds of original documents archived in the Library of Congress to uncover the true story of the spiritual life of this iconic president.
In this captivating sermon, Dr. Davis tells the true story of Abraham Lincoln’s spiritual journey, from the beginning of his life to the very end. Listen to a message called The Faith of Abraham Lincoln.