A Christian Response to Coronavirus 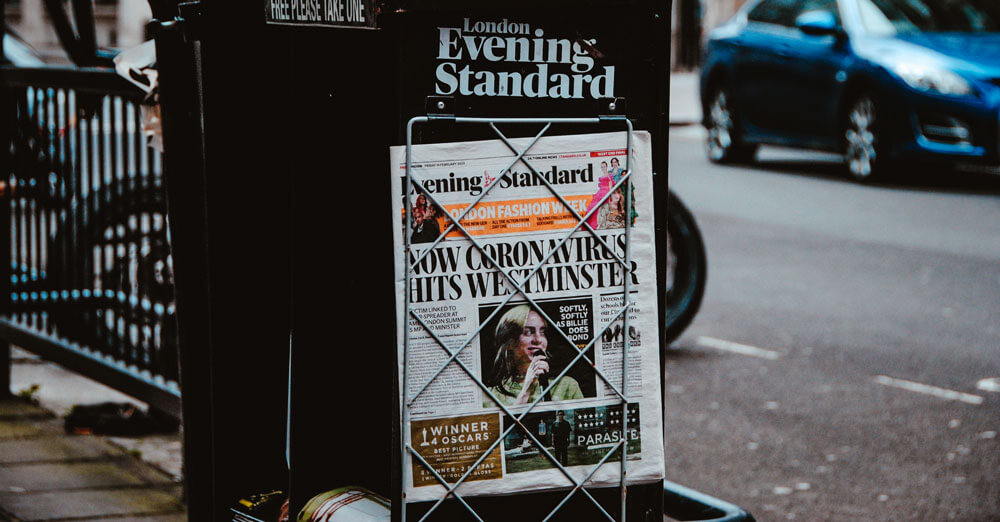 This article first appeared on ambassadoradvertising.com; used with permission.

I took my old manual typewriter to be repaired yesterday. The diagnosis: it has the “Smith-Corona” virus.

Too soon? Maybe so. But I thought a little levity might help. Then again, if you’re under age 50, you may not even get the joke. When it comes to all this pandemic talk, it seems like there should be some humor in the face of the end of the world.

News of COVID-19 is nearly as pervasive as the disease itself. You can’t watch a newscast or listen to the radio or browse a website or scan a newspaper without the Coronavirus coughing in your face.

Dramatic steps continue to be taken. SXSW (the hip technology and entertainment conference) in Austin is done. Canceled. Imagine the financial impact of 70,000+ attendees canceling hotels, restaurants, and travel. Out of an abundance of caution, Stanford University and Seattle University are taking all classes off-campus and online through the end of the quarter.

The rapid spread of the disease has been amazing to track. I’m fascinated by Coronavirus heat maps like this one which look like they’re right off the War Games screen or from the pages of Michael Crichton’s Andromeda Strain. The graphics reinforce the sense that we’re just at the start of a pandemic which will eventually paint the entire world red: infection everywhere.

On the other hand, and at the same time, there seems to be a certain amount of irrational hysteria. (Is that redundant?) It’s the only explanation for the rush on toilet paper like it was ammunition during the zombie apocalypse: there’s a finite supply, so grab as much as you can before you’re attacked. A very otherwise rational friend of mine bought three giant Costco packages just in case! (I’m embarrassed to buy one, much less three.) They now have enough TP to supply the US army for six months.

The TP hysteria reminds me of the time when Johnny Carson triggered a similar run on toilet tissue. It was the early ‘70’s. We faced lots of shortages during that time, none the least of which was gasoline. In his monolog, Johnny casually joked about the latest shortage being TP. The result? Almost instantaneously, there really was a shortage that lasted several weeks.

Of course, there are certain practices to minimize the spread of this pandemic. And procedures are a good idea whether or not we face COVID-19. The flu has a pervasive and deadly way about it which can be mitigated with a few healthy practices. Most websites list the same basic recommendations but don’t include the real way to think about it:

Then don’t forget what might be the best benefit to this latest round of hysteria: You’ll never find a better deal from a cruise line. You pay for one week, but get two extra weeks on the ship for free. The fact that you’re isolated to a 10’ x 12’ room and sitting in the middle of the ocean is inconsequential.

Let me be quick to say, I realize this subject can be deadly serious. In fact, for too many, it already has been. And I do pray for those infected and their families. But as believers, we should be the first to push fear aside to pray. Hysteria shouldn’t be on our radar. But prayer should. You know it will be Christians leading the charge to help. NYFD Firemen on 911, they’ll rush in to help those suffering when everyone else is rushing out.

In AD 251, Rome was ravaged by a mysterious disease which many believed was a curse from the gods. It’s been called the Plague of Cyprian. At one point, 5,000 people per day were dying. The fog of near-certain death caused a great deal of panic. Most were running from anyone stricken with what historians believe was measles. Many died alone since no one was willing to take the risk of infection.

However, there were the Christians . . . the one people group who did better than others. Larry Hackman observed: “Christians responded differently. Trusting in God’s promises of eternal life, they turned to care for the sickest. The ironic result is that the mortality rate of Christians was significantly lower because their care for one another gave a chance for the measles sufferer to recuperate, whereas those who isolated would inevitably perish from neglect even if they survived the ravages of the disease. Because they did not fear death, the Christians lived.”

As Charles Morris has recently said on Haven Today, our response to the Coronavirus should be “No to fear. Yes to faith.”

I agree. And I’m willing to bet those early Christians would too.

Jim Sanders is the Executive Vice President of Ambassador Advertising Agency. Jim is a 1978 graduate of Biola University with a major in communications and from the late 1970s to 1998 served as Production Assistant for the Day of Discovery TV ministry filmed in Cypress Gardens, Florida. He graduated in 2003 with a Master of Business Administration from USC’s prestigious Gordon S. Marshall School of Business.