5 Christians You Should Know 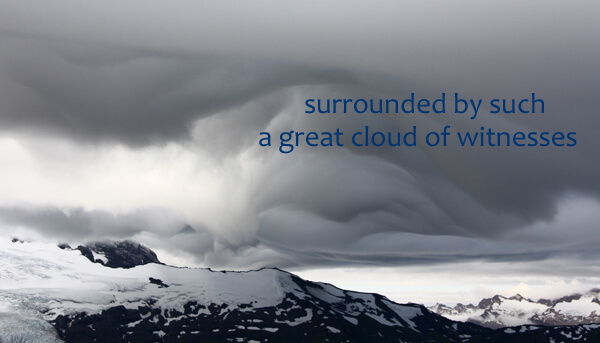 Stories of saints gone by encourage us in our walk today. Their sufferings give us consolation in our sufferings; we take joy in their joy; we reap from their work while on Earth. As Hebrews states:

Therefore, since we are surrounded by such a great cloud of witnesses, let us throw off everything that hinders and the sin that so easily entangles. And let us run with perseverance the race marked out for us. — Hebrews 12:1

For a great resource of biographies about inspiring Christians, turn to 50 People Every Christian Should Know: Learning from Spiritual Giants of the Faith by Warren W. Wiersbe. But what about today’s giants in the making? We took a tour through Haven Today’s archives for five more-recent Christians—both living and not—that we thought you should know.

1. Chuck Colson
Chuck Colson (1931-2012) was the founder of Prison Fellowship, starting the nonprofit that ministers to those in prison, after he himself served time. Colson was part of the group that worked for President Nixon and committed the crimes behind Watergate. Soon after, he became a believer in Jesus Christ. Last year, Prison Fellowship visited 600 prisons, delivered 6,344 Bibles to prisoners, and says that 3,520 inmates made decisions or re-commitments to Christ.

2. Keith & Kristyn Getty
Our church’s hymnals are filled with songs written by our brothers and sisters from past ages, songs that have now become our own. Two of today’s modern songwriters, Keith & Kristyn Getty (1974- and 1980-), may be writing hymns that will make it into future hymnals, if the popularity of “In Christ Alone” and “Power of the Cross” are any prediction.

3. Michael Horton
One of the preeminent theologians of our day, Michael Horton (1964- ) is also a pastor, professor, and co-founder of the White Horse Inn, a radio ministry with an accompanying magazine, Modern Reformation. His work is helping students and others go deeper in their faith, understanding what they believe and why they believe it. The result being further sanctification but also better witnessing of God’s Word.

4. Tedd Tripp
Tedd Tripp (1946- ) is a senior pastor at Grace Fellowship Church in Hazelton, Pa., but he is also the author of two children’s books that are being read by countless parents across the country: Shepherding a Child’s Heart and Instructing a Child’s Heart. Parents benefit from his teachings, but it’s likely that the next generation of Christian children will have benefitted more.

5. Tim & Kathy Keller
This pair has a whirlwind of influence, as Tim Keller (1950- ) helped found Redeemer Presbyterian Church, a church that now has three locations in New York City and about 5,000 people attending each week. Those 5,000 people include affluent, educated, and skeptical hearers who encounter Jesus each week. Tim has written many books, one of them with his wife, Kathy: The Meaning of Marriage: Facing the Complexities of Committment with the Wisdom of God.

For radio interviews with each of these people, scroll through Haven Today’s program archives.

Lindsey M. Roberts is the editor of the All About Jesus blog. After seven years in secular journalism, she is thrilled to explore how everything—even doing the dishes—is an opportunity to meet and glorify God. Lindsey lives with her husband and newborn son in Virginia.