4 Ways to Respond to Jesus 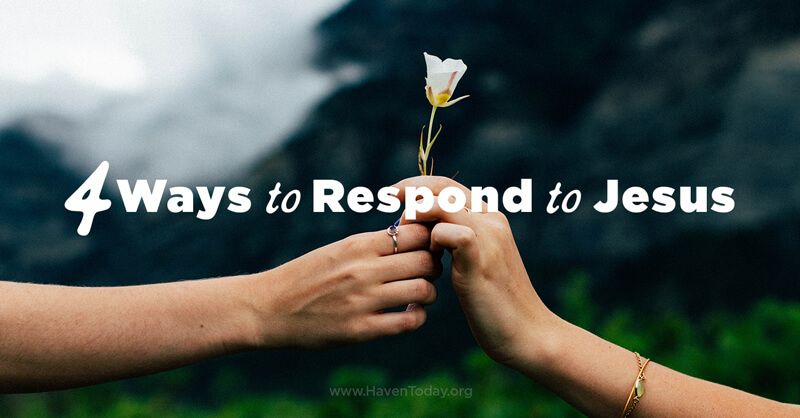 I’ve heard many Christians today say there are only two kinds of people in the world: those who have faith and those who don’t. But the Parable of the Sower tells a different story.

In this parable, Jesus says there are four ways people can respond to the Lord. The scary part is that only one of these responses leads to salvation. Jesus also said that unless you understand the Parable of the Sower, you won’t understand any of His other parables.

With that in mind, let’s dive in. Watch the Christ’s teaching unfold in this dramatic adaptation of Mark 4:1-34:

According to this parable, there are four kinds of people in the world—three of which don’t end up with the Lord in the end. These groups are represented by soil.

Is there someone in your life like this? You can talk about politics, current issues, or sports—anything but the Bible and Christianity—and they don’t want to hear it. Maybe you’re prone to thinking like this. Either way, let me just challenge you to hear Jesus right now. He is explaining his Word, which means it can be understood … and it can also give us life. That’s what Jesus has to say to “first soil people.”

This first kind of soil clearly doesn’t accept Jesus at all, but the rest receive the Word … at least at at first. Soils two and three end up rejecting the Lord. They hear the Word and “receive it with joy,” but eventually they fall away. Just because someone says they follow Christ doesn’t mean they’ve truly come to the Lord.

In our culture of easy believe-ism, (“just pray the prayer and you’ll be saved” or “once saved always saved”) we need patience. Of course, we don’t want people to doubt their salvation if they truly have come to the Lord, but I also don’t want to give false confidence. It’s possible to “receive the Word with joy” and end up in Hell. That’s the important message Jesus is teaching here.

The grace of the Lord will produce lasting change, lasting dependence, and lasting faith. But if it’s only faith in the Lord that saves, why do soils two and three fall away?

The second kind of soil receives the word with joy. But Jesus says that when hard times hit, they abandon the Word. I’ve known too many friends and family like this. It’s tragic. They come to church, read the Bible, and it seems like they’re growing in their faith. But then the storm comes.

It could be a tragic diagnosis, the loss of a job, or even the loss of a child … and they blame the Lord. They get angry. They shake their fists at the heavens. Maybe you’ve experienced trials like this and are also thinking about abandoning your faith.

I’ve been there. When my son passed away from a drug overdose, I wondered where the Lord was. But in the depths of my pain, I needed to remember that the Lord doesn’t owe me a pain free life. Instead, He promises to be with me in the midst of my pain.

People in this second group believe in the Lord because they think the Lord will give them material and relational blessings. That’s not saving faith. Your faith is only as strong as who you have faith in. If your faith is in the blessings God gives, then you must consider what happens when they vanish. Your faith might soon follow.

The Bible doesn’t seem so exotic and new after a while. People at church might begin to get on your nerves, you begin to realize the Bible calls you to give up certain things, and then you begin to wonder, “Is it worth it?”

That’s what the third soil does. Whether it’s pleasure, your career, or your family, something will come up that seems more important than the Lord. If this is you, then you might have no problem with Jesus—He’s just not your highest priority.

How do you actually be a Christian in a world that constantly rejects Christ? Not by making yourself better, or by trying hard to get it right. To be a Christian, you must turn to the Lord in pure, surrendering, all-or-nothing faith. That’s what makes the fourth soil fruitful.

People in this fourth group hear the Word and accept it. They believe we are all sinners in need of grace, that Jesus died for us, and that He rose again so that we can be made new. Mark 4 teaches us that life must be all about Jesus. He is the Lord, He sows His Word in fertile soil, and it’s by His grace that we believe and bear fruit.

If you have faith in the risen Christ, take heart—even in the midst of pain and heartache. The Lord is with us, and He’ll be with us forever. 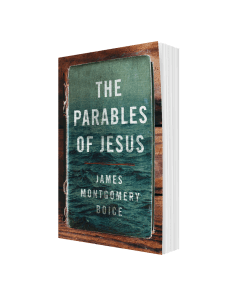 In this beloved classic, James Boice takes us systematically through the parables of Jesus, grouping them into five categories:

In each section Boice brings Jesus’ words to bear on life today. Through his careful study and clear explanation of each parable—born from a sermon series he preached at the Tenth Presbyterian Church in Philadelphia, where he pastored for 32 years—he helps us understand just what Jesus meant, and how our hearts and lives ought to respond.