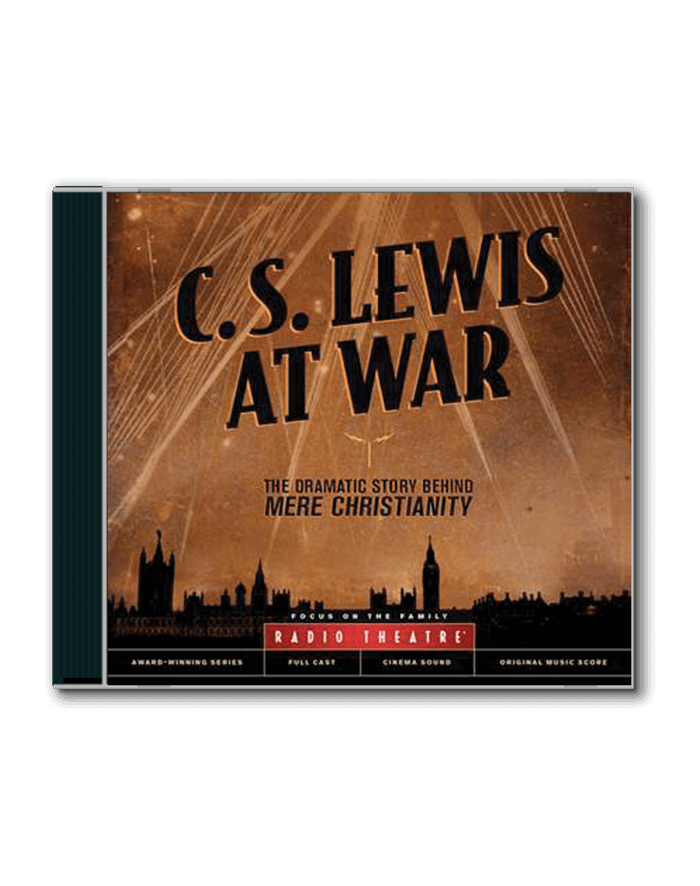 Mere Christianity by C. S. Lewis is one of the greatest Christian books of the twentieth century. Most people don’t know that it started as a series of radio broadcasts aired in England during the onset of World War II.

C. S. Lewis at War is a powerful and entertaining radio theatre–style audio drama that brings to life this amazing period in Lewis’s life. It provides rare insight into his life, friends, and family, illuminating a time of personal difficulty that also brought forth some of his most influential works: The Screwtape Letters, The Problem of Pain, and Mere Christianity.

This 2-disc behind-the-scenes drama powerfully integrates the ideas Lewis explored in Mere Christianity with the very real influence that comes from living out a Christian life in a period of trauma, proclaiming the reasons to trust God even when the world screams otherwise. Recorded in London and written by Paul McCusker, the script comes alive with a full cast of award-winning British voice actors, cinematic sound effects, and an original score.

Sample #1 – C.S. Lewis shares with his friends, including J.R.R. Tolkien, his task of writing one of his first books, The Problem of Pain.

Sample #2 – After taking in 3 girls who were evacuated from London, Lewis shares with them a special pact he made with his friend and prays with them before bedtime.