“No servant can serve two masters. Either he will hate the one and love the other, or he will be devoted to the one and despise the other. You cannot serve both God and Money.”

Luke 16:13
For a man in the Middle East, maintaining and increasing family wealth is a matter of honor. To lose money that has been handed down over generations, or to leave the land that your fathers amassed, is to bring shame upon your name. So when Farad gathered all the possessions that he could, filled his Mercedes until the shocks nearly gave out, and headed east to the safety of Erbil, he did so with a heavy—and fearful—heart. He made it to safety, but the ISIS militia at the first checkpoint allowed him through with nothing more than the clothes on his back. The vast inheritance that had been built up and handed down from generation to generation was gone in an instant.
And yet in the coming months, he found that not every treasure had been ripped from his hands. His faith in Jesus grew until, months later, he could proclaim the truth that so many persecuted Christians understand: “They tried to take everything from me, but I have become a lover of Jesus. I might be poor, but I am richer now than I have ever been.” 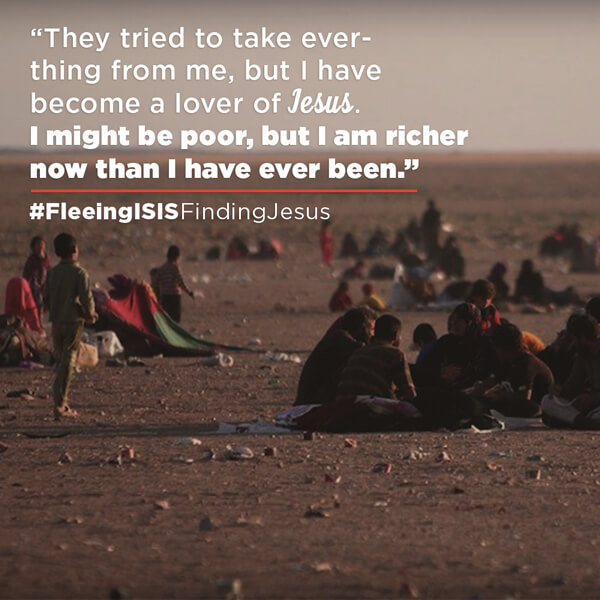 Pray for those like Farad who have found Jesus in the midst of loss.