“All this is from God, who reconciled us to himself through Christ and gave us the ministry of reconciliation: that God was reconciling the world to himself in Christ, not counting men’s sins against them.”

2 Corinthians 5:18-19a
Our passage today mentions two titles that we also use in government to identify the diplomatic roles of persons sent to represent one country to another country: ambassador and minister. An ambassador is an authorized messenger or representative. A minister acts as the agent or instrument of another. Neither act independently of the government they represent—they act on its behalf. And when there is conflict, it is their role to assist with reconciliation to reestablish good relations.
Before sin entered the world, God and man needed no mediation. There was no one to speak to man on God’s behalf (as prophet), to speak to God on man’s behalf (as priest), or to rule with God’s authority (as king). God was with man. But when man rebelled, the relations were broken and required mediators (prophets, priests, and kings). Only the God-man Jesus Christ could serve in all three of those roles, to once and for all reconcile the world to God. He has entrusted us with His ministry and message as His ambassadors of the gospel in His world. 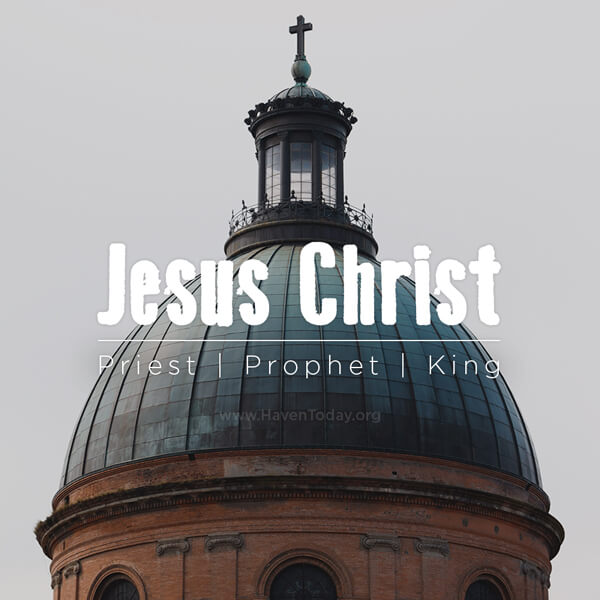 Reconciliation is God’s message to the world, the heartbeat of the gospel of Jesus Christ. We are the ambassadors of that message!