“They all ate and were satisfied, and the disciples picked up twelve basketfuls of broken pieces that were left over.”

Matthew 14:20
If you drive around Amman, Jordan, long enough, you will see plenty of signs of wealth. There are buildings of glass and steel reflecting the Middle Eastern sun. There are security guards standing sentry outside the high walls of luxury homes.
But drive more and you will see poverty too, as emaciated cats play among heaps of trash. And then there are the refugees. Jordan (with a population of 6.5 million) has opened its doors to 1.5 million people, offering temporary safety from the terrors of Syria and Iraq, but not allowing them to work. It is the men that really stand out. Wearing faded suits, they stand like aging trees after a winter storm… weak, fragile, and exhausted.
It is among these people that many of Jordan’s Christians are working, providing food, blankets, and rent. The numbers are against them; their work seems to be just a drop in the ocean. But, as Mother Theresa once said, “The ocean is made up of many drops.” You can be one of many who ministers to others for the sake and cause of Jesus Christ. 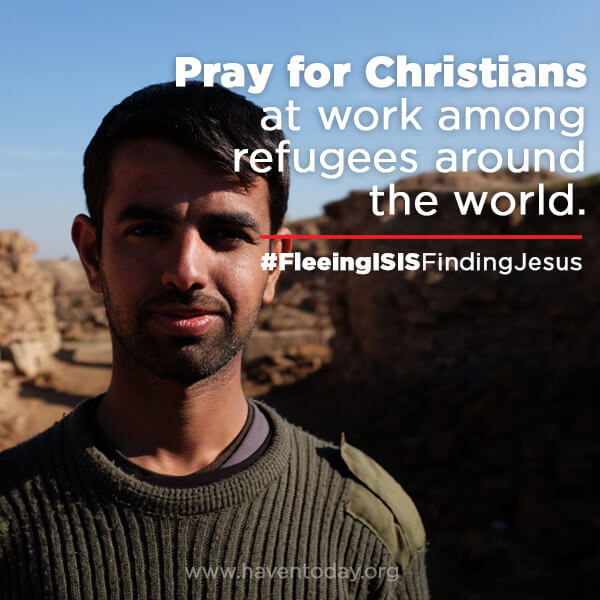 Pray for the Christians at work among refugees the world over. Though the challenge may be great, pray that God’s power would be greater still.