“And you, my child, will be called a prophet of the Most High; for you will go on before the Lord to prepare the way for him, to give his people the knowledge of salvation through the forgiveness of their sins.”

Luke 1:76-77
God gives Zechariah a glimpse into the transition from the Old to the New Covenant in the person of his very own son, John the Baptist. John was the in-between prophet par excellence! He was the last prophet before Jesus entered the scene because Jesus would fulfill the prophetic office perfectly. He was the last to announce the coming of the Messiah, because he would see the inauguration of Jesus’ ministry. He was also the last real prophet Israel would reject, though certainly not the last person to suffer on account of Jesus. Just as John prepared the way for Jesus’ first coming, we, His witnesses living in the in-between, are called to prepare the way for His second coming.
We live in the last days. By last days, I mean the time between Jesus’ first and second coming. Just as John warned people of the coming wrath of God, we too are called to testify not to what Jesus would do, but to what He has already done. Historically, we stand on the other side of the empty tomb and can offer hope to a restless, dying world. 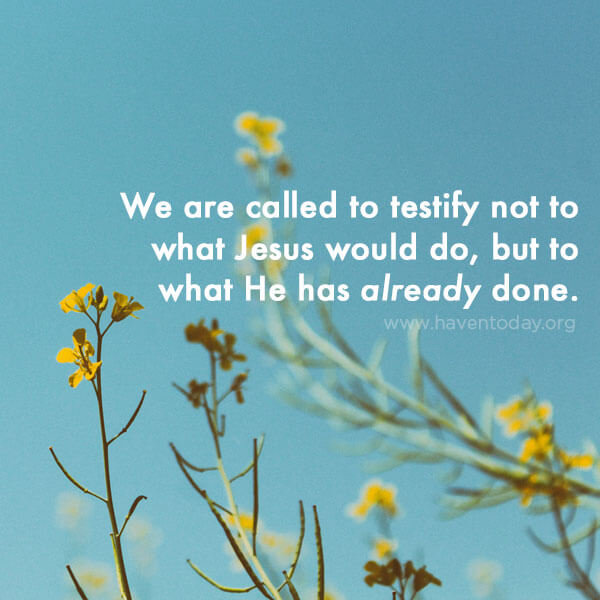 Praise God for the resurrection which infuses our witness with hope. Ask him to embolden you today to proclaim the Good news to those around you.