“For the love of money is a root of all kinds of evil. Some people, eager for money, have wandered from the faith and pierced themselves with many griefs.”

1 Timothy 6:10
A great deal of life in families will necessarily revolve around money—its abundance or its lack. The God who made us knew how all-consuming it would be, so Scripture speaks often to the topic. The Lord knows our need of it. Paul spoke plainly about it. Money in itself is certainly not evil. But as we grow older, we all become more aware of money’s ability to do great good or great harm in society.
I had the chance to meet a dear Christian woman named Mrs. Jones as my grandchildren played ice hockey at the “Jones Center.” It turned out that she was the name behind that beautiful facility as well as the name behind the cardiac unit in our local hospital and a few of the schools around town. She and her husband had no children of their own, so they invested in the ones growing up near them.
Whether you are in plenty or in want, remember that all you have and work hard to own belongs to the Lord. We are simply His stewards of it. Your Father owns the cattle on a thousand hills, and He surely owns and loves you, too. 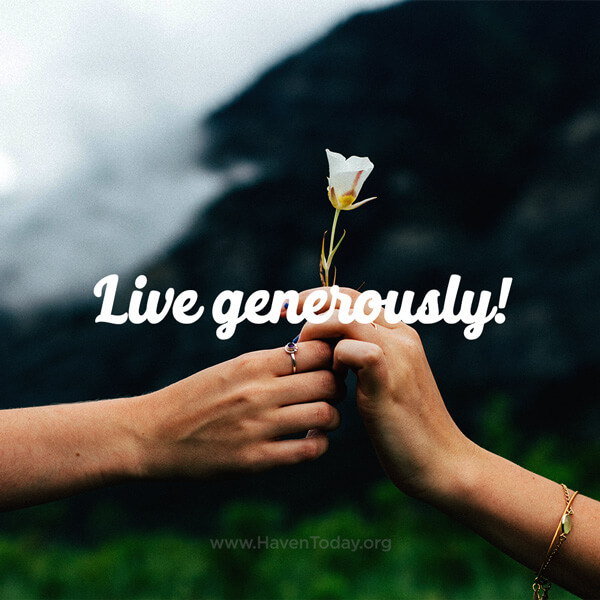 The evangelist D. L. Moody once remarked that the last thing in most people’s lives to get converted is the pocketbook. Live generously!