“The Spirit of the Sovereign LORD is on me, because the LORD has anointed me to preach good news to the poor. He has sent me… to proclaim the year of the LORD’S favor.”

Sometimes the unexpected surprises us so much that we doubt our senses. The dead Marley appeared to A Christmas Carol’s Scrooge in both sight and sound, but Scrooge refused to believe. So he said to the spirit, “There’s more gravy than of grave about you.” Truthfully, Marley’s spirit grasped what life is about better than Scrooge did. Finally, Scrooge acknowledged the visitor and gained a transformed life from what he learned.

God told His people throughout history that He had a plan to save them. The prophet Isaiah described the coming Savior in detail. Yet when He actually appeared, they could not see the reality of who Jesus was. They were somewhat like Scrooge, seeing in Jesus more of “Joseph’s son” than of the long-awaited Messiah. Although some spoke well of Him, the thought of this man, who they had watched grow up, truly being the Messiah was unthinkable. Their reasoning took over; they doubted, resisted the Spirit, and missed God’s wondrous blessing.

We have no reason to doubt—Jesus is who He says He is! 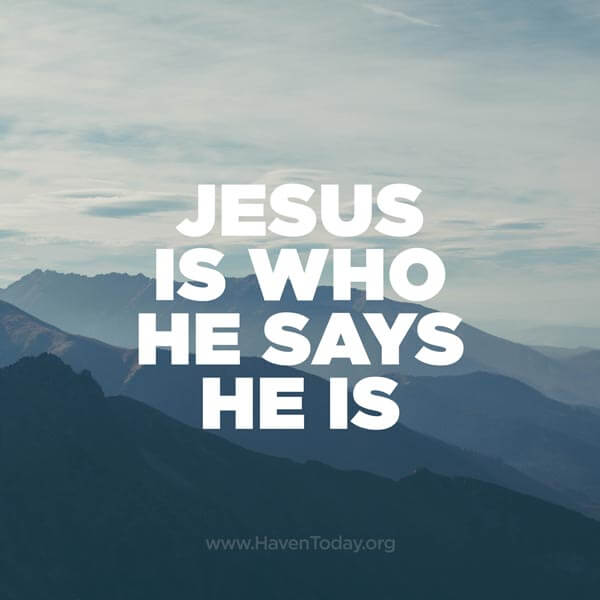 Transformation is available for each of us through Christ. The Savior’s birth is Truth!