“‘I have been very zealous for the LORD…. The Israelites have rejected your covenant, broken down your altars, and put your prophets to death…. I am the only one left, and now they are trying to kill me too.’”

In the mid-80s, the average American had three or more good friends. By the 2000s, the number was less than two. In the same time span, the number of Americans who claimed to have no friends jumped from 8% to 25%. Sociologists say we are now experiencing an epidemic of loneliness. Much of depression is rooted in that feeling of loneliness and the lack of meaning which comes with it.

Are you one of these lonely persons? Do you feel like you’re deceiving the friends you do have, and that if they knew you were so lonely, they would unfriend you? Do you feel like Elijah—as if you’re the only one of your kind left and no one is on your side?

Loneliness doesn’t necessarily apply only to our human relationships. It also can mark our relationship with the Lord. If you feel that He has abandoned you, remember that Christ knows what that is. At the cross, the Father turned His back on Him. In His infinite goodness, He was forsaken so that you would never be forsaken. You are not alone because your Savior is always with you. 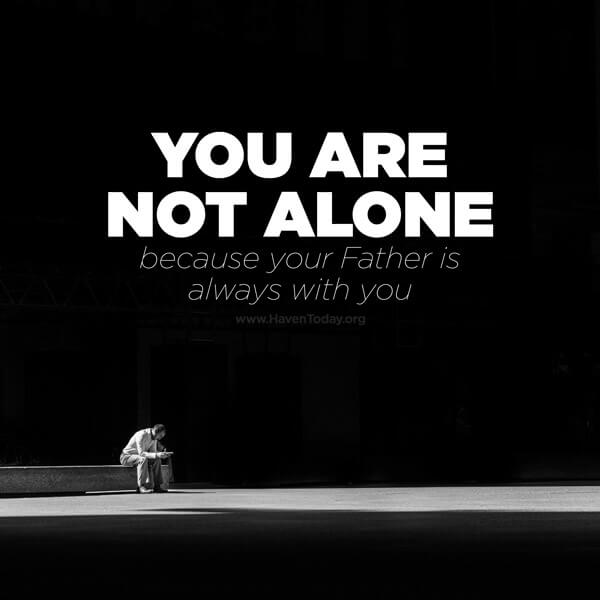 From the beginning part of the Bible in Deuteronomy to the latter part in Hebrews, the Lord says, “Never will I leave you; never will I forsake you.”