“And Saul was there, giving approval to his death. On that day a great persecution broke out against the church at Jerusalem, and all except the apostles were scattered throughout Judea and Samaria.”

You think we’re living through difficult days? Compare our time to that of the early church when a mob led by Saul of Tarsus murdered Stephen. A great persecution—perhaps the beginning of a genocide—was launched against the small body of new Jesus-followers. Imagine having to flee for your life with your family!

We see many discouraging trends in our culture today. Families and communities are breaking down. Perverse practices are encouraged. Hostility toward Christians seems to be growing. Perhaps you feel a little like those early believers—running for your life.

But notice where the early believers fled: to Judea and Samaria. In Acts 1 Jesus had promised to make His people witnesses in Judea and Samaria, and here we find them fulfilling the role He promised for them. They were carrying the gospel abroad. One of the darkest days for Christianity became one of the greatest!

Why are we afraid of what we see before us? The true power resides with King Jesus, who builds and protects His church by Word and Spirit. 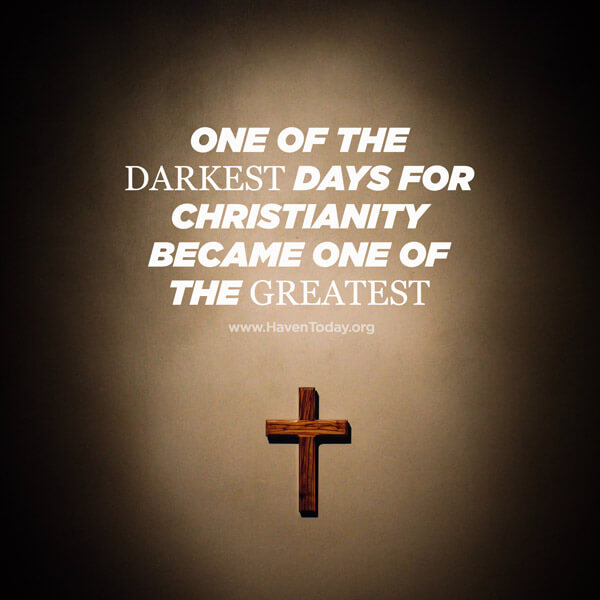 “You will receive power when the Holy Spirit comes on you; and you will be my witnesses… to the ends of the earth.” (Acts 1:8)