“He took Peter, James and John along with him, and he began to be deeply distressed and troubled. ‘My soul is overwhelmed with sorrow to the point of death,’ he said to them. ‘Stay here and keep watch.’”

Mark 14:33-34
I heard a radio interview with a famous musician who enjoyed abundant wealth. The host asked

what was left since he had what many people spend their lives striving to attain. I was surprised by his answer: “I want to be brave.”

Jesus was agonizing over the  battle ahead that would cost His life. His closest friends failed Him in His darkest hours. Think of our soldiers in various branches of the military who know how fearsome it is to step onto the enemy battlefield. But if they don’t, their families will be ruled by that enemy. They must be brave. Jesus defeated the devil and the power of sin which separates us from the Father. Though suffering in mind and spirit, He yielded to the plan that would “bring many sons to glory” (Hebrews 2:10).

Apparently, the wealthy musician knew his money could buy him just about anything.  But it would not buy him bravery. You can’t buy it either, but you do not need to! The God of   all creation is your conquering warrior, able to prevail over your large and small battles for you. 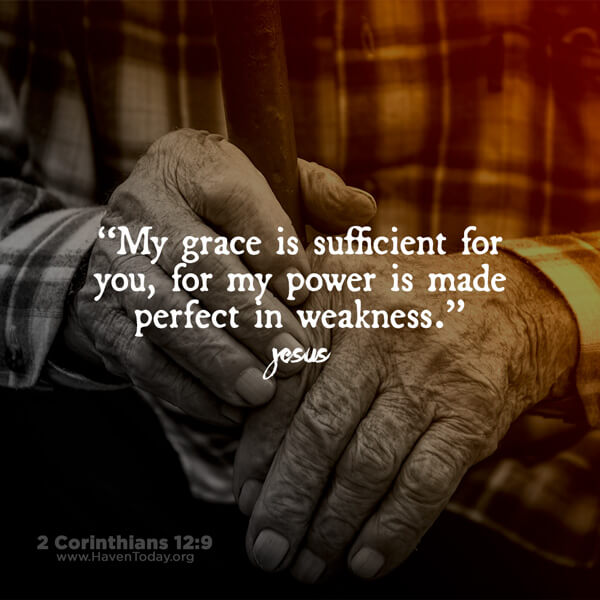 Remember that you are held tight by the God who says, “My power is made perfect in weakness” (2 Corinthians 12:9).