“When Christ, who is your life, appears, then you also will appear with him in glory.”

Colossians 3:4
If there’s one thing that constantly drags us down in despair as we live the Christian life, it’s our failure to understand what it means to be united with Christ. Often we think about justification, about forgiveness, about being reconciled with God. But we fail to grasp our union with Christ. We think it means to be devoted to Him, to be committed to His cause, to be about what He is about. But that’s the wrong picture. Paul says that He is our life. Just try to grasp that!
Our only hope of one day seeing God is that God now sees Jesus in us. If we have faith in Christ, we no longer exist as we once did. When He died, we died. When He was raised, we were raised. And most gloriously of all—when He appears in glory, we who believe in Him will appear in glory, too. Because of this, we can set our minds on things above instead of the temptations and concerns of this life.
When we’re united with Christ, as Martin Luther said, “Faith connects you so intimately with Christ, that He and you become as it were one person.” 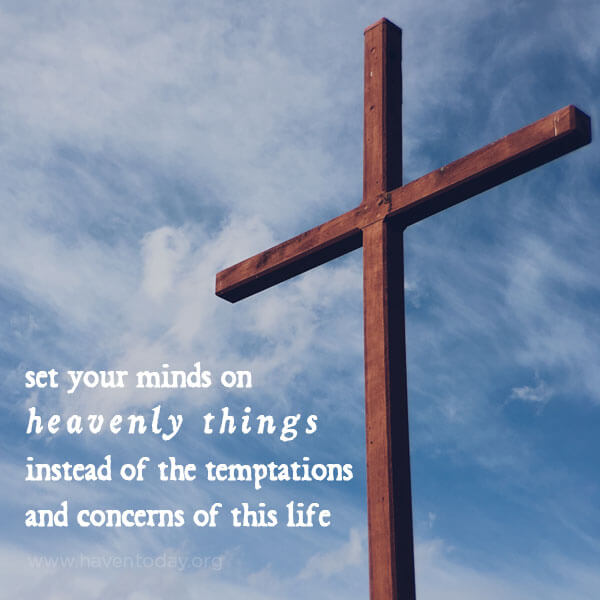 “Faith connects you so intimately with Christ, that he and you become as it were one person.” (Martin Luther, 1535)