“Such confidence as this is ours through Christ before God. Not that we are competent in ourselves to claim anything for ourselves, but our competence comes from God.”

2 Corinthians 3:4-5
Who is competent for the work of God? Apart from Christ taking our inabilities and faults and making us presentable to God, no one is. Paul’s human ability was not the reason he was successful as an evangelist or preacher. He was successful only because he realized he was not sufficient for these things, but that Christ was his sufficiency.
All ability and power to minister come from God, not from us. When you try to do well in this world but ignore the One who enables you to begin with, you quickly realize your inadequacy.
Often I have heard believers lament that if only they had the gifts of someone like Paul, what amazing things they would accomplish. Nonsense! God made each of us unique physically but also spiritually. He developed you so that as you grow and are melded into Christ’s likeness, you become His perfect instrument to carry out His will. Never envy other Christians’ abilities or successes. God has a particular plan for you, a plan which began before all time and which was sealed in His dying for you at the cross. 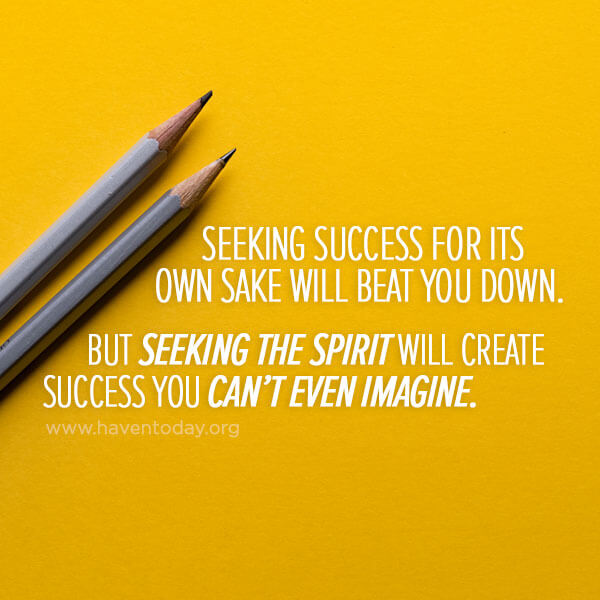 Seeking success for its own sake will beat you down. But seeking the Spirit will cause you success you can’t even imagine.