“If anyone injures his neighbor, whatever he has done must be done to him: fracture for fracture, eye for eye, tooth for tooth. As he has injured the other, so he is to be injured.”

Lex talionis, or the law of retaliation, was common in the ancient world. While this idea of retribution looks vengeful to us, the real goal of it was to prevent escalation. The temptation was to inflict greater harm than was received, thinking that would “teach a lesson.” This principle addresses the upward limit of punishment permitted by the law.

God’s law does not work that way, though. In property crimes, a fine is added to punish the thief, and restitution may be required. But in instances of personal injury, even a convicted criminal is one who is created in God’s image and is not to be treated ruthlessly.

Jesus makes it personal, as He almost always does. He says we should imitate Him and forgive those who sin against us. We may seek a one-to-one compensation before the court, but we don’t have to. We can forgive entirely. What a beautiful picture this is of how Jesus saves us! He bore our punishment on the cross, “a life for a life.” He has shown us great mercy and has not treated us as our sins deserve. 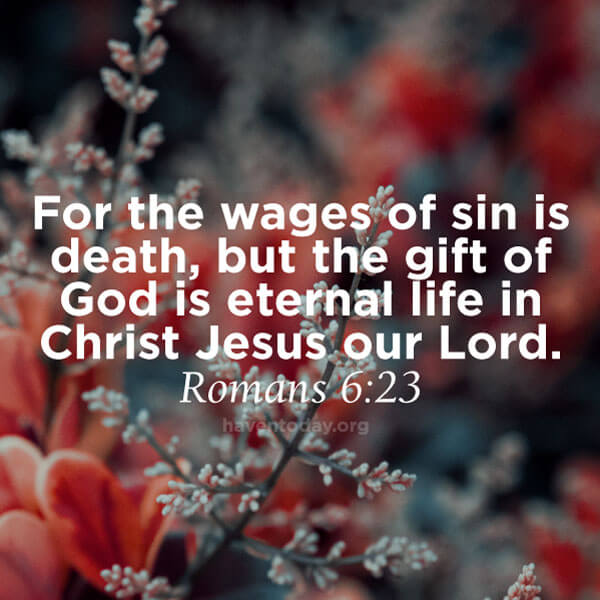 “For the wages of sin is death, but the gift of God is eternal life in Christ Jesus our Lord.” (Romans 6:23)