God’s people had turned away from Him again and again and had brought foreign gods into their lives. One king after another did only evil in the sight of the Lord. Then the Book of the Covenant was found in the temple after having been lost. When it was read to King Josiah, he became a broken and repentant man, acknowledging the sinfulness and failure of the nation of Judah.

In a long line of rulers who preceded and would follow Josiah, he alone completely turned to the Lord. And through one good leader, the places of idol worship were removed, dedication to the one true God was renewed, and the Passover was celebrated. The covenant-keeping God was still on the throne. The authority of God’s Word in the Scriptures was restored.

At one point Billy Graham struggled with the question of the Bible’s authority. One day he set his Bible on the stump of a tree, sought the Lord, and prayed a prayer of total commitment. From that moment on, he never doubted the Bible and stood firmly on it as the Word of the living God. 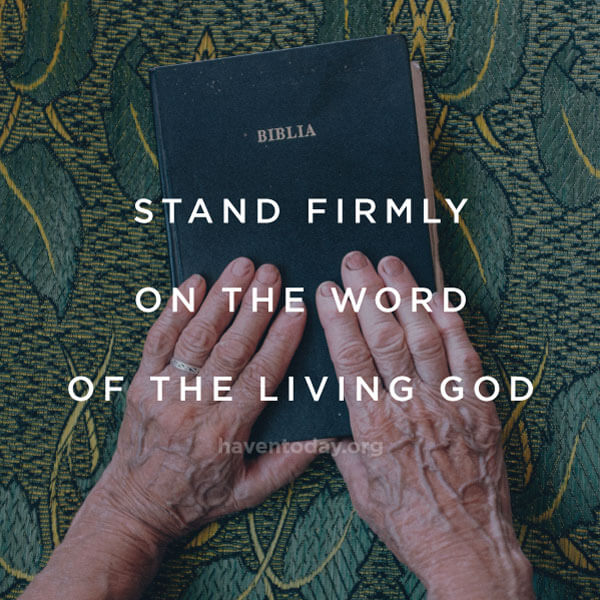 As God’s servants, we are furnished with divine authority and divine power made plain to us in the precious and lasting words of the Bible.