“So is my word that goes out from my mouth: It will not return to me empty, but will accomplish what I desire and achieve the purpose for which I sent it.”

In August of 2016, Haven Ministries received a call from a missionary to a restricted-access country who was back in the U.S. on furlough. Because of the sensitivity of the work of Christians there, she will remain nameless here.
But she wanted to let us know that because of the compact size of Anchor, she was able to smuggle it in and share it with many people. It was being passed along through several house churches in a few different districts while she was there. Though she has continued to do this on more occasions, this faithful worker for Christ informed us that the June 2016 copy of Anchor, the one whose title was “Thirty Words Every Christian Should Know,” has been particularly treasured by the new believers she has encountered.
Think of how beautifully God orchestrated each piece of this story so that His Word would go out far and wide, so that it would not return empty but would have lasting impact on believers, so that it would accomplish precisely the purpose He designed it for: to rescue and redeem lost souls. 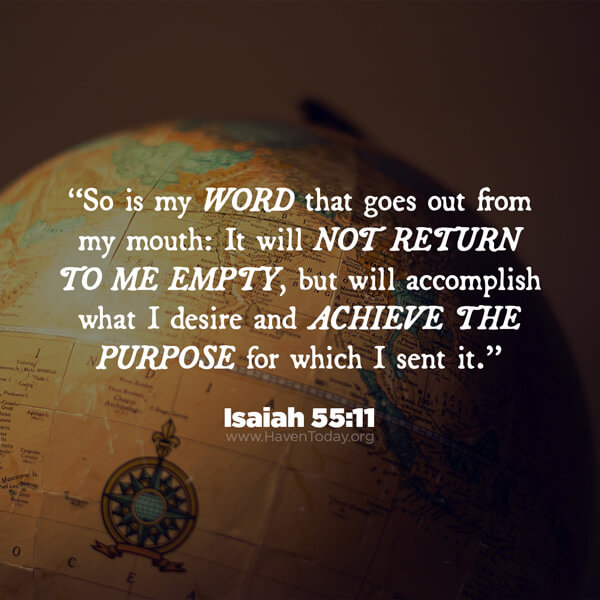 The writer of the “Thirty Words…” Anchor is Corum Hughes, 29, Haven’s digital content manager. Corum and his wife Molly live in Boise, Idaho.