“[Jesus] who, when he was reviled, reviled not again; when he suffered, he threatened not; but committed himself to him that judgeth righteously.”

1 Peter 2:23, KJV
Some Christian friends and I had a discussion over coffee one morning about how we feel less like citizens of the culture we live in and more like foreigners. We feel like Daniel and his friends in Babylon—in the world, yet not part of it. We lamented, “O Lord, how do we honor you in a culture that seems so foreign to your kingdom ways?” Perhaps you have those thoughts, too.
In his first-century letter to the church, the Apostle Peter addressed Christians who asked the same question. They were not only aliens under Roman domination; they were also exiles from the Jewish community because they followed Jesus. Peter told them how to live in a foreign society: abstain from sinful desires and live godly lives among the pagans to God’s glory. He told them how to bear up under hostile authority: submit and endure suffering for Christ’s sake. He pointed to Jesus, who, when He was reviled and suffered, bore up by “entrusting himself to him who judges justly.” So there’s our answer also: entrust ourselves to our righteous God who was reviled in our place. 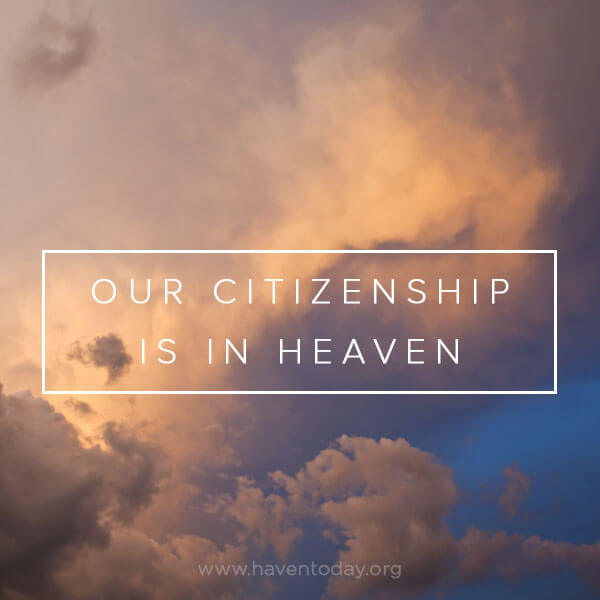 Are you feeling like an alien in your surroundings? Trust Jesus, who bore the shame and suffering on the cross for your citizenship in heaven!