“As they talked and discussed these things with each other, Jesus himself came up and walked along with them.” (Luke 24:15) “‘For where two or three come together in my name, there am I with them.’”

Matthew 18:20
Often, when I’m in fellowship with other followers of Jesus—whether it is delighting in His Word together, joining in prayer, singing praises about Him, or sharing His answers to prayers—I sense the Lord’s presence and blessing right there with us. The mystery of this union is that when we gather in His name, Jesus draws near. He walks, talks, and communes with us, even when we don’t immediately know He is in our midst.
The two disciples on the road to Emmaus were discussing Jesus with each other when Jesus Himself appeared and began walking alongside them. As they spoke of Him, Jesus asked, “What are you discussing together as you walk along?” They didn’t recognize Him. But after listening to their confounded narration of recent events, Jesus began to tell how all the Scriptures point to Him.
The Living Word who became flesh revealed the Word of God to them. Imagine! And later, when He—the Bread of Heaven—broke bread with them, their eyes were opened, and they realized that the Lord was right there in their midst. 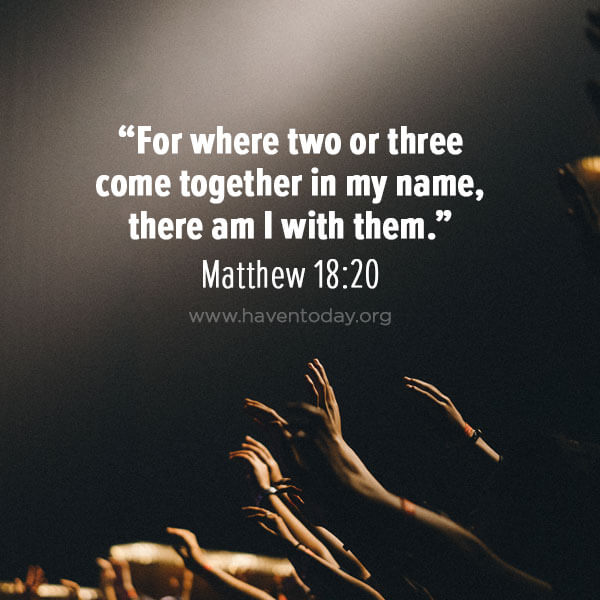 Fellowship is more than just getting together with other Christians. When you’re focusing on Jesus together, He Himself shows up!