“The Son can do nothing by himself; he can do only what he sees his Father doing, because whatever the Father does, the Son also does.”

It is a staggering fact that we are heirs of God and co-heirs with Christ. Some years ago I visited a stately home in the English countryside. The guide took us first to the Victorian kitchen. There we saw hanging on the walls comprehensive lists of duties for each servant. The scullery maid had to scrub the kitchen, fetch fuel for the stove, etc. The parlor maid had to light the fire in the study, and so on. All duties along with the time of day each was to be completed were listed. In the room where the outside servants ate, standards for table manners (as well as penalties for bad language!) were prescribed.

We were taken room by room through the rest of the house, finally coming to the chamber of the son, the heir of the household. Something was different: no lists of duties! The guide explained that the heir knew what his father wanted of him because they shared a close relationship.

Can you see the metaphor here of how we relate to our heavenly Father? As Jesus lived in close relationship with the Father, so do we! 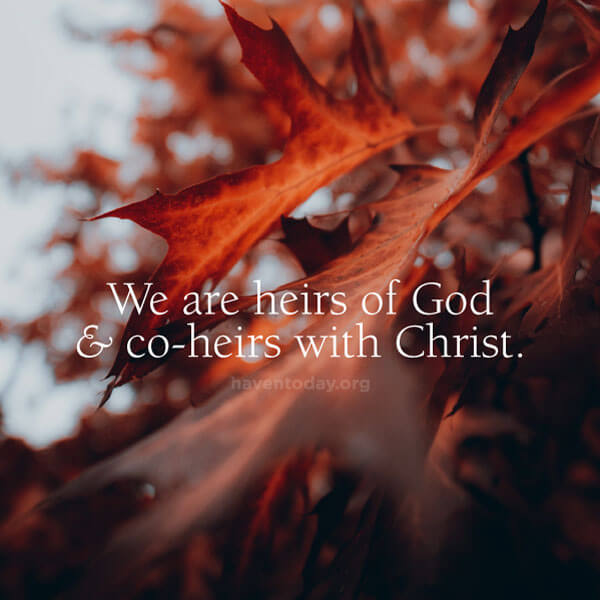 How do you relate with God? Take inventory of all it means that you are His heir in Christ, beneficiary of His love without a “to do” list for you.