“Therefore I endure everything for the sake of the elect, that they too may obtain the salvation that is in Christ Jesus, with eternal glory.”

2 Timothy 2:10
There can be no doubt that God is on the move among Muslims. He is calling them to Him, often doing so through dreams and visions, changing hearts and transforming lives in the process. Every year that goes by, we hear of more and more conversions. It is good to remember that God is not in the business of making short-term converts, but growing lifelong disciples.
One example is Gulshan Esther. You may have read her story her in her book, The Torn Veil. It tells of how she, as a child in the 1960s, was miraculously drawn to Jesus Christ. It explains the impact of her visions of Jesus and how she took the courageous decision to reject her Islamic faith, despite pressure from her family. Though young and vulnerable, she had no choice but to leave her home in Pakistan and make a new life for herself in the West.
Today her health is failing and old age is setting in, but hundreds of thousands of people have been inspired by her story. Gulshan Esther still follows Christ just as passionately today as she did when she first met Him. 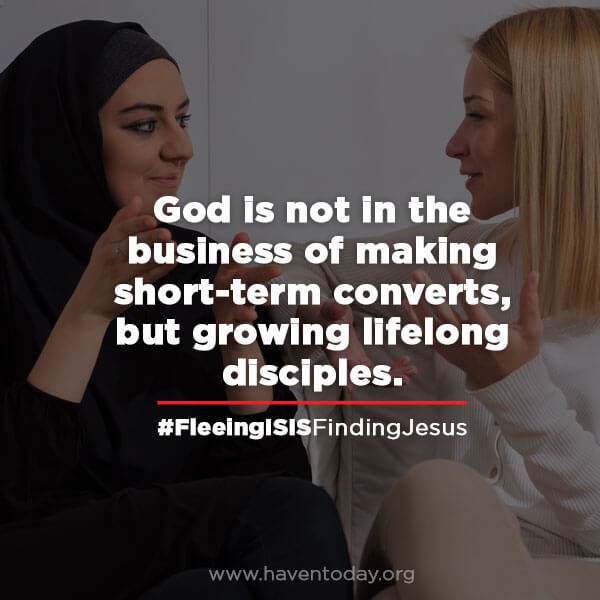 Pray for Gulshan Esther’s health, her ministry, and that God’s work would continue to the farthest reaches of the world.