“Rejoice greatly, O Daughter of Zion! Shout, Daughter of Jerusalem! See, your king comes to you, righteous and having salvation, gentle and riding on a donkey, on a colt, the foal of a donkey.”

I was just a boy of 11 or so when I first heard the song The King Is Coming by the Bill Gaither Trio. I still recall the excitement that stirred in me every time I heard those lyrics. It’s a song that thrills my heart even today.
We celebrate Palm Sunday today. On the day Jesus first rode into town, Jerusalem brimmed with excitement because the King was coming. The people shouted “Hosanna!” which means “God save us.” They called Him the “Son of David,” recognizing Him as the Davidic Messiah. They waved palm branches symbolizing Jewish nationalism and victory. Luke tells us they even shouted, “Blessed is the King” (19:38)! Though the crowd’s hope grew as they moved along the street, imagine their disappointment not long after when Jesus was arrested, tried and crucified.
Today we sing “Hosanna!” knowing that Jesus came to save us from our sins. We know the King is coming again. When He does, sin and its curse will be no more. He rules from the throne of God with righteousness for all eternity (Revelation 22:3). 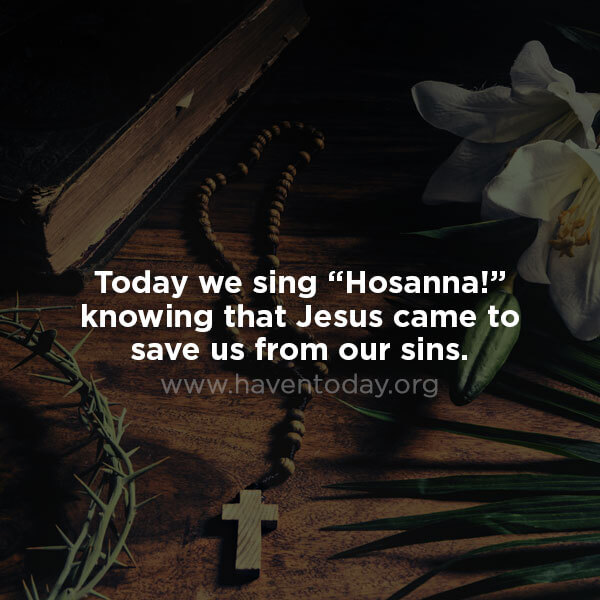 The King is coming!/ I just heard the trumpet sounding/ and now His face I see./ Praise God, He’s coming for me. (Bill Gaither, 1993)