“I will show you what he is like who comes to me and hears my words and puts them into practice. He is like a man building a house…”

Luke 6:47-48a
On the back of the business card was a picture: a grainy monochrome photo of a fallen down house. Underneath the image was printed a simple question: what happened? Nate, the man handing over his card, smiled. He had been born in Iran and spent more than five decades leading students to Christ and mentoring them as they stepped into their calling. The picture showed the family home where he’d grown up. One day they discovered that the house had been built without any foundation at all.
A while later, thankfully when everyone was out, it just collapsed. There was no warning. Yet even though the loss of a home to an Iranian family was a terrible blow, for Nate it was not a crushing defeat. Nate’s foundations in Jesus were as solid then as they are decades later. The pile of rubble was just another reason to thank the Lord for His protection and goodness. The bricks and gaping cracks were another great opportunity to tell others about the saving grace of Jesus Christ, our cornerstone and the foundation of our faith. 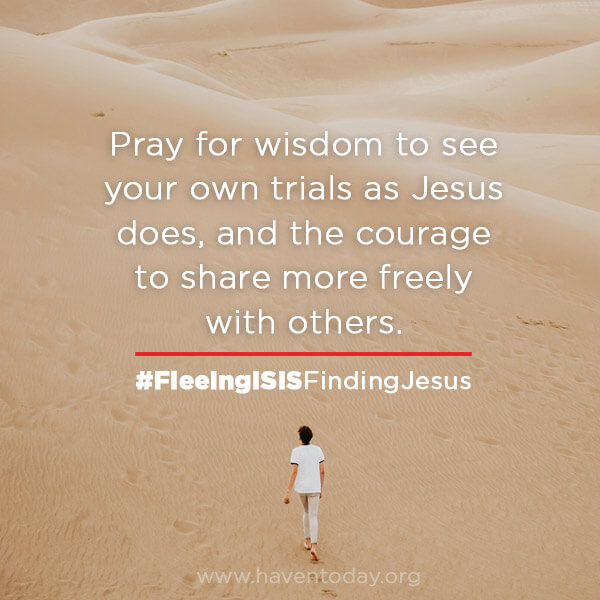 Pray for wisdom to see your own trials as Jesus does, and the courage to share more freely with others.