Today is the beginning of the end for the ruler of this world. Today we celebrate the birth of the promised King and rightful heir to the throne, a very real threat to the usurper who believes he rules the world. In his Gospel Luke describes the scene in the visible world, but in Revelation John describes it in the unseen world.
And it is graphic. A seven-headed bloodthirsty dragon (Satan) awaits the birth of the child to devour him. Then a battle rages in heaven, leading to the defeat of that great dragon when he is hurled down. What seems like a lowly, humble scene of a baby in a manger is in fact the climax of the spiritual battle that has been raging since the dawn of time.
The seed of the woman (see Genesis 3:15) promised to Eve is finally here. However, all is not as it seems. The baby is a warrior, and He will rule with an iron scepter. The lion is a lamb, defeat is victory, and humility is conquest. Serving is leading; dying is living. His kingdom of peace which upends all earthly evil shall know no end. 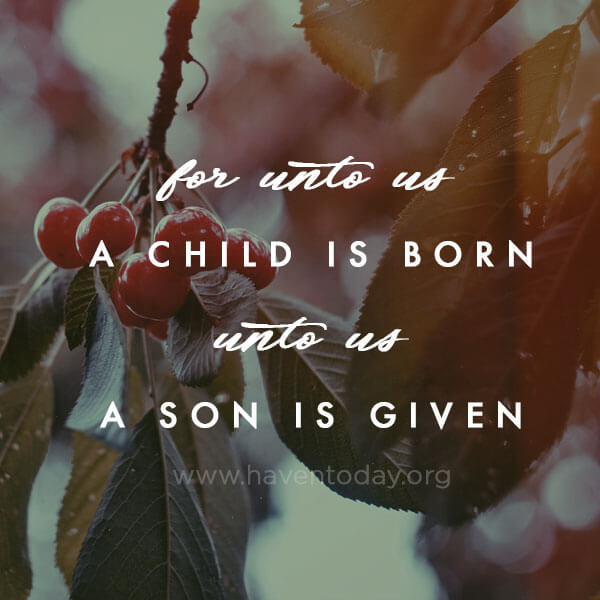 Heavenly father, on Christmas Day open our eyes to the spiritual battle in the heavenlies and give us an unshakeable faith in Jesus’ victory!