A tiny seed of atheism sprouted in my young heart when my father—a new Christian—first took me to church. Even when cajoled by the promise of candy after the service, I refused to return. My non-Christian mom took my side, insisting that I shouldn’t have to go against my will. She viewed my dad’s faith as “way overboard.”

These conflicting views of God simmered under the surface of our family dynamic. The atheism seed germinated, and when I became a biology major at Stanford, it flourished. I settled into the beliefs that I existed as a result of chance mutations over billions of years and that I could be a good person without believing in God. My mantra was, “If everyone just forgot about religion, the world would be a peaceful place.” God was not just a problem, but the problem.

Shortly before I turned 30, God gently knocked on the door of my heart and helped me see that the problem was not Him; it was me. Jesus changed my heart, though it had been dead-set against Him. How grateful I am today that He did! 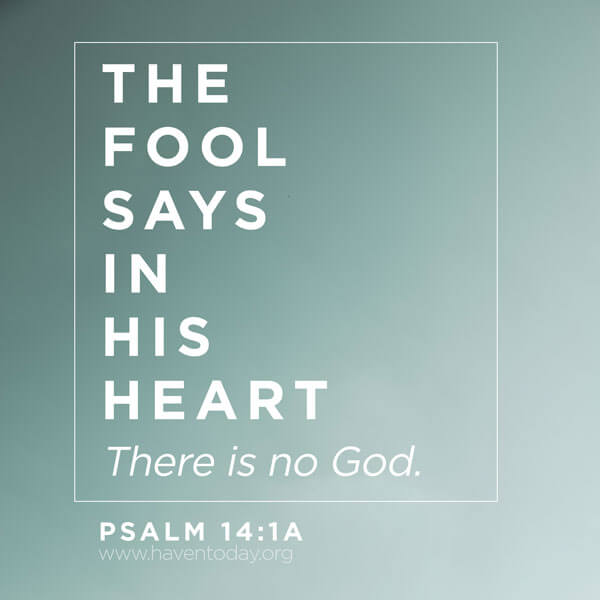 “In his heart a man plans his course, but the LORD determines his steps.” (Proverbs 16:9)