“But while he was still a long way off, his father saw him and was filled with compassion for him; he ran to his son, threw his arms around him and kissed him.”

Of all the stories Jesus told, the parable called “The Lost Son” is my favorite. Two sons appear in the story from which many life applications have been drawn. Who of us can’t identify with the hard-working and reliable elder brother? We understand his bitterness and resentment, though they left him outside of the party.
The greedy, self-seeking younger son was in no way presented as a role model, but some of us can identify with him anyway. The story reached a climactic point as he came to his senses, repented, and returned to his father with no expectations or anticipation of privilege.
Actually, the main character in the story is the father. He demonstrates forgiveness, compassion, and extravagant love for both sons. Jesus was revealing the heart of our Heavenly Father, the compassionate One who forsook all and came to earth to pursue us. While the running father in the parable left behind all propriety, reputation, and status to go after his son, our faithful Father left the splendor of heaven to rescue us. 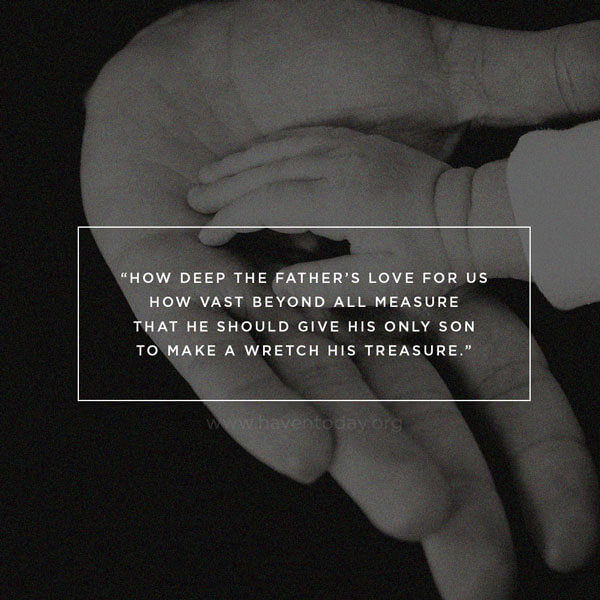 “How deep the Father’s love for us/ How vast beyond all measure/ That He should give His only Son/ To make a wretch His treasure.” (Stuart Townend, 1995)