“Then he opened their minds so they could understand the Scriptures.”

I was home from school one day in January of 1956 when I heard a radio newsflash about five missionaries missing in Ecuador. Eventually, we learned they’d been killed by the Waodani people, the very ones to whom the missionaries had hoped to bring the good news of Jesus’ love.

God’s kingdom work there didn’t end the day Jim Elliot and four others were speared. Many years later, Elliot’s wife was among those who returned to Ecuador and did, in fact, convert many of the natives to Christianity. For my own part, the day I heard the tragic news of the missionaries’ deaths, I felt challenged more than ever to follow Jesus. I wanted to join the workers who share Christ with others. I thought of how Jesus said, “Repentance and forgiveness of sins will be preached in his name to all nations,” and “you have been clothed with power from on high” (24:47, 49).

Jesus has defined the mission I’ve been on over the years. His call on my life has been clear. Is He placing a desire in your mind to share the good news of salvation? 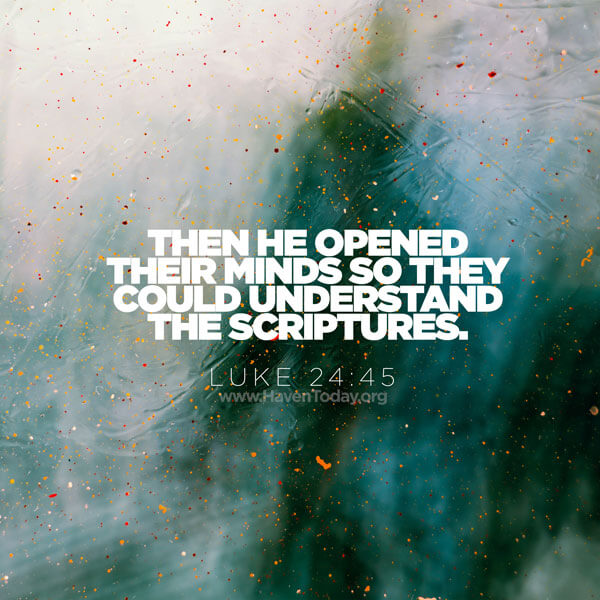 The message of Christianity is that Jesus died for our sins, was buried and resurrected, and has come to reconcile us to God.