“For if you remain silent … deliverance for the Jews will arise from another place, but you and your father’s family will perish. And who knows but that you have come to royal position for such a time as this?”

Esther 4:14
Mordecai challenged the newly crowned Queen Esther to take her stand at “such a time as this.” Understandably, she struggled to do so. The price for interceding on behalf of God’s people could very well mean her death. Yet it was clear that God had raised her up from obscurity—and possibly through faithlessness and immorality— for exactly this reason. God’s people already had their accuser in the royal court; now, they would need their advocate.

While we are called to take our stand in every season and hostile culture, the story of Esther is not meant primarily to point out what we should do or whom we should emulate.

Before we can ever think of taking a stand, we must know that there is One who stands in our place. At just the right time, King Jesus endured against the accuser, Satan, on behalf of His people. He was obedient to the point of death. He knew the cost of our salvation and bore it willingly for us. Apart from His completed work, our efforts would be futile. He stood for our sake; now we can stand for His. 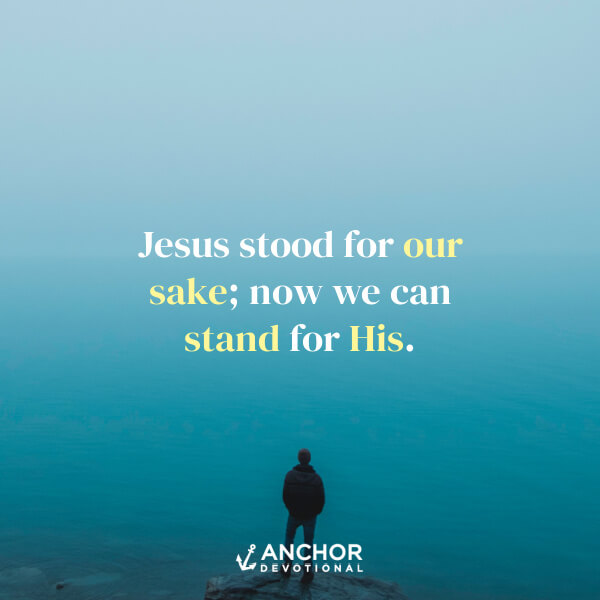 “Finally, be strong in the Lord and in his mighty power.” (Ephesians 6:10)