“I know that you can do all things…. You asked, ‘Who is this that obscures my counsel without knowledge?’ Surely I spoke of things I did not understand, things too wonderful for me to know.”

Job 42:2-3
The book of Job opens with a scene in God’s heavenly courtroom. Satan enters, demanding permission to test Job, and God agrees with one condition: that Job’s life be spared. Of course, Job is unaware of the conversation that transpired in the heavenlies. He only experiences this terrible new reality of suffering which Satan is sure will get him to renounce God.
Suffering, in Job’s case, was not a punishment for being evil. On the contrary, God loved him so much that He allowed the testing of his faith to prove Job’s ultimate allegiance. Jesus, God’s beloved Son, came from the heavenly counsel into the world to subject Himself to God’s greatest test ever.
From the moment Jesus was born, He was immersed in a world full of suffering. He bore the brunt of it in His body at His crucifixion. Though abandoned and in anguish, He forgave others. And He entrusted His soul to God. Punished, hanging between heaven and hell, He refused to save Himself in order that He might redeem the meaning of suffering once and for all. 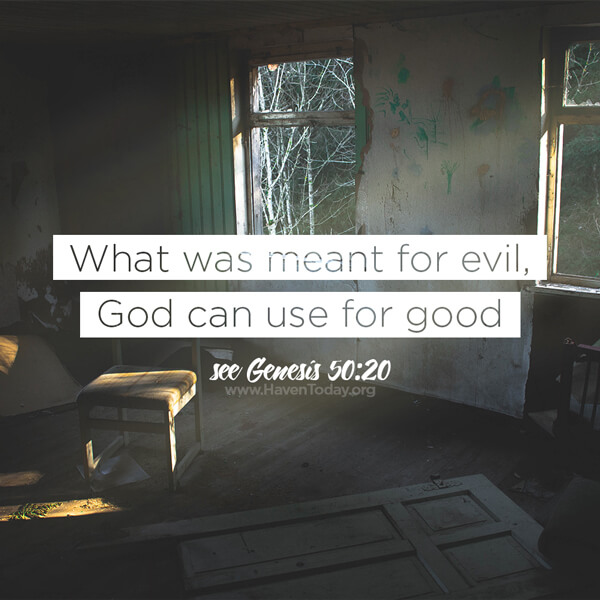 How does this heavenly perspective help you endure your greatest suffering today, clinging to Jesus in faith and hope? Praise him for going ahead of you!