“Teach us to number our days aright, that we may gain a heart of wisdom.”

Princeton Seminary conducted an experiment where students were asked to prepare a talk on the Good Samaritan and then share it around campus. Some were told to hurry as they were already late. Some were told they had just enough time. The rest were told they had time to spare. In the middle of the campus, each student would encounter a bystander who appeared injured and asked for help. It won’t surprise you to learn who stopped to help: 63% of those “not in a hurry,” 45% of those “on time,” and just 10% of those “in a hurry.”

Like the students in the study, when we feel pressured by time, we’re less likely to slow down and respond to people’s needs. It was Moses who wrote Psalm 90, saying that while most of us will live to be 80 or so (v. 10), the days quickly pass away. He asked the Lord to make us glad in the days we have been given (v. 15), to let our tasks be established by Him (v. 17).

The Lord is patient and gentle, never too hurried for you. May knowing that give you wisdom for how you approach your day. 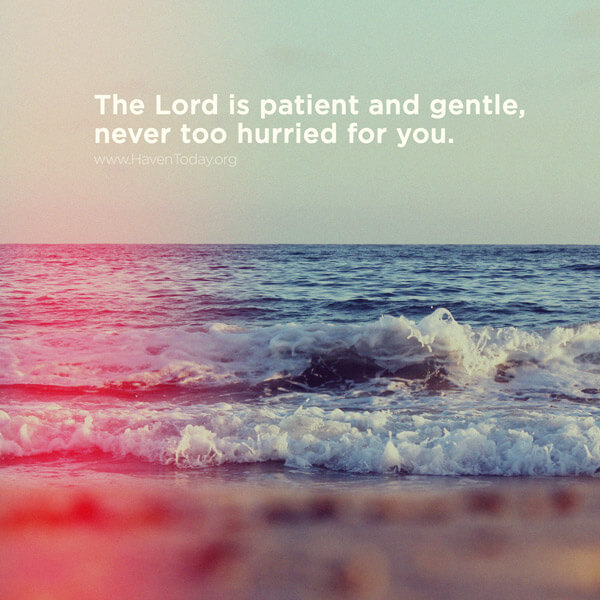 If you feel constantly rushed, consider how you might relieve the time pressure you have built into your day.