“When Zechariah saw him, he was startled and was gripped with fear. But the angel said to him, ‘Do not be afraid.’”

By the end of Stave 2 of A Christmas Carol, Scrooge had seen enough. Overwhelmed by all the ghost had shown him of his past and fearing the future, he could take no more. I remember a feeling of gripping fear several years ago when we brought home from the hospital our first son, a baby with his days and nights mixed up. After three sleepless nights, I feared parenthood, thinking, “I have just ruined the next 18 years of my life!” Soon, however, he started sleeping well, and with God’s grace at work through the raising of this child and five more, I grew to love being a mom.

While Zechariah was performing his customary priestly duties, the sight of an angel paralyzed him with fear. The angel’s news was more than Zechariah could comprehend—a baby born in his old age? Although it was a long-awaited blessing, he was overwhelmed—perhaps in fear of the future—and responded with a lack of faith. After baby John was named, Zechariah prophesied and praised the Lord. Let God turn your deep fears into faith today. 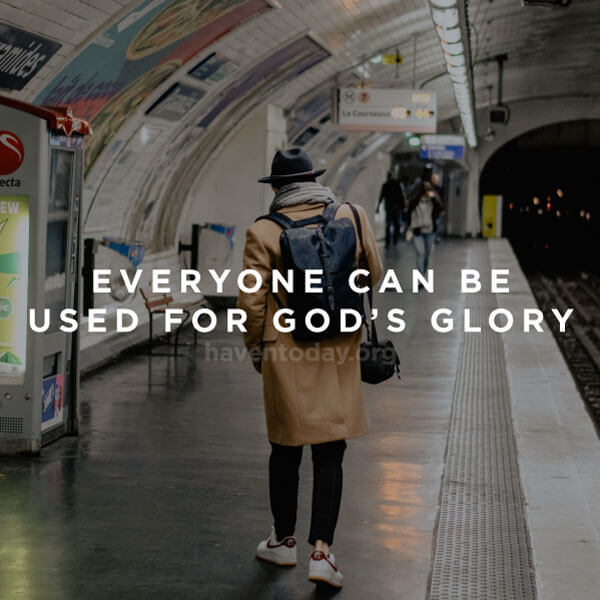 Your overwhelming situation today is an opportunity to be turned into praise when given to the Lord.