“For where two or three come together in my name, there am I with them.” “Turn to me and be gracious to me, for I am lonely and afflicted.”

One day in the prison where I worked, I had interviewed many men to determine their prison placements. A sea of faces came before me, and it felt overwhelming. From one of the files, I saw that a prisoner was getting misconduct tickets. Doing so was raising his points and, as a result, his security level. He said he could not control his behavior, and just wanted stay in his cell, do his own time, and not interact with anyone.
I understood how he was feeling. Sometimes I, too, want to avoid everyone. We all need some time alone. Jesus went into the wilderness to pray or separated Himself from the crowds and from the disciples to pray.
But completely isolating ourselves is not the answer. Think of how many times Jesus drew the sick out from where they’d been separated and healed them. He spoke of the 99 sheep and of the shepherd who sought the lost one which he returned to the flock. We were not made to be alone. Jesus draws us out of our prisons—real or self-made—and into the joy of companionship and of knowing Him. 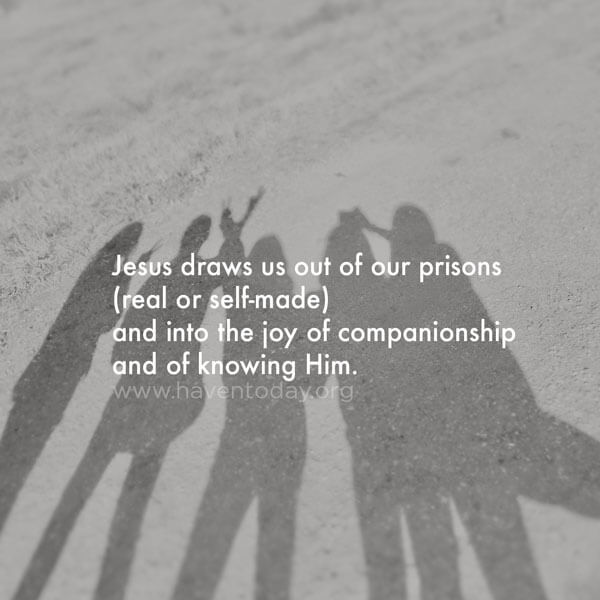 Jesus breaks through our loneliness and isolation. He draws those on the margins to Himself so we can be in fellowship with our communities.