“And the Lord said to Joshua, ‘Today I will begin to exalt you in the eyes of all Israel, so they may know that I am with you as I was with Moses.’”

Joshua 3:7
Another type of relay is faithfully passing the “gospel baton” from one generation to the next. Remember how past generations were called to repentance by the preaching of Billy Graham? His evangelistic crusades brought millions to Christ. His son, Franklin, now follows in his footsteps. In each generation, God raises up men and women to give witness to the amazing things He is doing among them.
In Moses’ time, the Hebrew people witnessed the plagues brought upon Pharaoh and the Egyptians. They watched the angel of death pass over them. They walked through the Red Sea and saw firsthand the destruction of Pharaoh’s army behind them. In the wilderness they were given supernatural guidance by the pillar of cloud and fire, and supernatural food and drink. When Moses died, Joshua was the one to lead their children through the Jordan River on dry ground as they, too, witnessed God’s power on their behalf.
Think of all the Lord has done for you. Pass along to the next generation your faith in our amazing, faithful God. 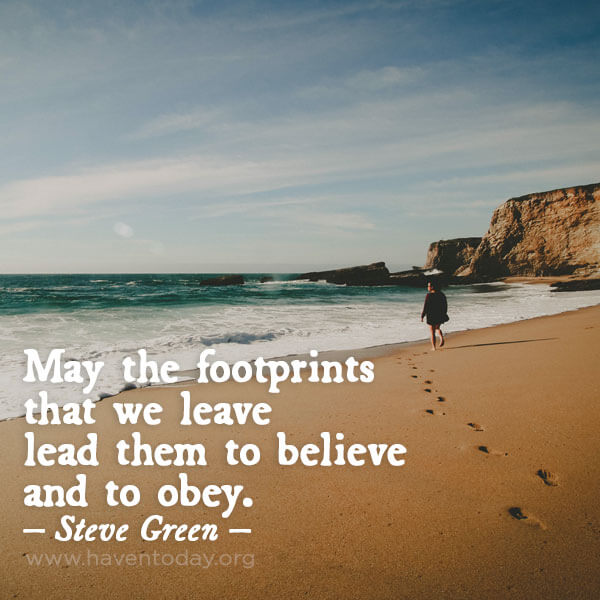 “Oh may all who come behind us find us faithful/…May the footprints that we leave/ lead them to believe/… and to obey.” (Steve Green, 1988)