“In the past God spoke to our forefathers through the prophets at many times and in various ways, but in these last days he has spoken to us by his Son.”

Isaiah, Daniel, Jeremiah, Ezekiel. In Old Testament times, God chose men such as these to deliver His message to the people. He spoke to them through dreams, visions, angels; sometimes He even came to them personally. They “spoke from God as they were carried along by the Holy Spirit” (2 Peter 1:21). No matter the time or place, the heart of the message was the same: repent, turn to the Lord, and be redeemed.

The prophets warned the people of severe punishment that awaited them if they continued in sin. But they also foretold the coming of a Messiah who would ransom God’s people and purchase back His wayward bride. In John 5 we read Jesus’ lengthy response to the Pharisees and Jews who were in disbelief. He made it clear that He is the promised Messiah of which the prophets testified. The people were familiar with Scripture, but they were blind to the Word made flesh standing right before them.

God desires for us to know more than words on a page. Know Jesus, your Savior, the Word made flesh standing before you now! 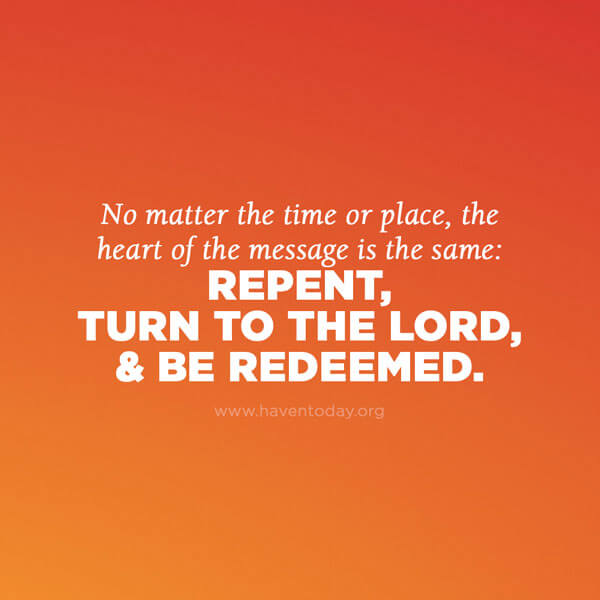 Intertwined through all of Scripture—from Genesis to Revelation—is a crimson thread of redemption always pointing to Christ.